Osimhen Collapses, Rushed To The Hospital

The former Golden Eaglets striker hit his head on the turf following a Cristian Romero challenge in the final minute of match at the Gewiss Stadium in Bergamo.

Osimhen was rushed to Bergamo’s Papa Giovanni Hospital accompanied by Napoli’s doctor and is reported to have regained consciousness.

Meanwhile, Osimhen is still rusty following his return from a shoulder injury and Covid-19, according to Napoli director Cristiano Giuntoli.

The Azzurri’s have been dipleted due to injury to key players including the likes of Faouzi Ghoulam, Diego Demme, Elseid Hysaj, Dries Mertens, Kostas Manolas and Hirving Lozano.

Victor Osimhen has struggled for goals since he made a big money move to Naples and has not scored since his return from a 94-day absence as he seems very rusty in the games he has played so far.

“Osimhen was out for a long time, so it’s not easy for him to find his fitness levels quickly. We’ve got him now, he has to keep going and hopefully will find his form,” Giuntoli told Sky Sport Italia.

The Nigerian was in action for 90 minutes on Sunday when Napoli were hammered 4-2 at the Gewiss Stadium. The incredible game saw all six goals scored in the second half after a goalless first half.

Duvan Zapata’s opener was canceled out by Piotr Zielinski’s equaliser but the home side raced to a 4-1 lead courtesy three goals from Robin Gosens, Luis Muriel and Cristian Romero. Gosens own goal made it 4-2 and a vital three points for Atalanta who moved into fourth on the Serie A log with 43 points while Napoli stay seventh with 40points and a game in hand.

Osimhen has scored just twice for Napoli in the Serie A this season. 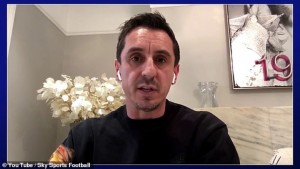 Kane Knew What He Was Doing In Hinting At Huge £200m Utd Move, Says Gary Neville 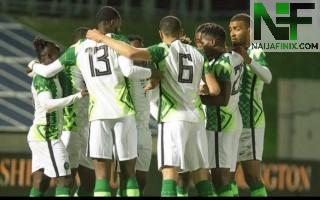 Griezmann, Umtiti And Dembele Could Be In Swap Deal To Sign Neymar (Sport)