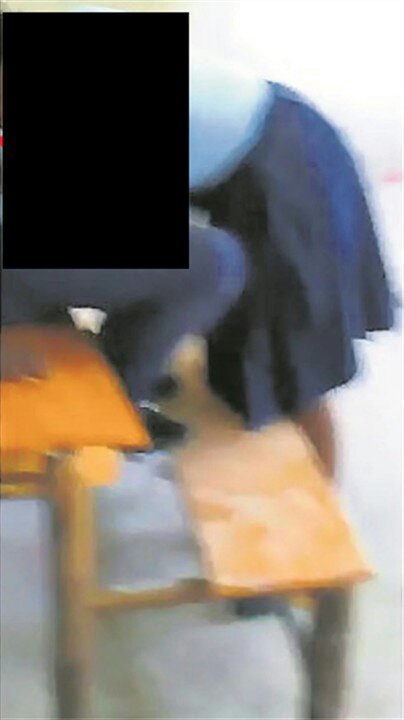 An outrage has been sparked following a viral video of a female student giving mouth action to her male counterpart in the classroom. The two students who are yet to be identified were filmed while having fun as some students looked on.

The South African basic education ministry strongly condemned the video and asked members of the public to come forward to help identify the school at which it was taken.

The 34-second video shows a girl bending over beside a table and giving a Mouth Action to a boy while fellow pupils recorded them.

“All we have is a video of school kids giving blow jobs in class. It may be in Gauteng, Limpopo, KZN or anywhere else,” he said.“We cannot tolerate such acts in schools and we condemn this.

“We ask parents to play a role in instilling discipline in these kids. “Parents cannot always wait for the department to come up with solutions. “Kids do things they have seen being done before.”

“We will take disciplinary measures when the kids are found.”