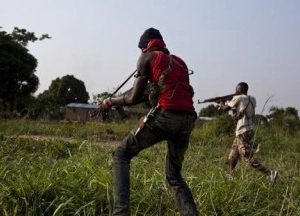 There has been a horrific attack by suspected terrorists in a community in Sokoto State, The PUNCH reports.

The Nigeria Police Force, Sokoto State Command, confirmed the attack on a farming community close to Gandi district of the Rabba Local Government Area on Saturday by suspected terrorists in which four persons were killed.

The spokesman of the command, DSP Sanusi Abubakar, confirmed that the assailants attacked the farmers on their farms with dangerous weapons and in the process killed four persons.

He further confirmed that the Divisional Police Officer of Rabba, in his situation report, also revealed that an 18-year-old girl was abducted during the attack that took place in broad day light.