Pastor Attacks His Church Members For Not Spending On Him 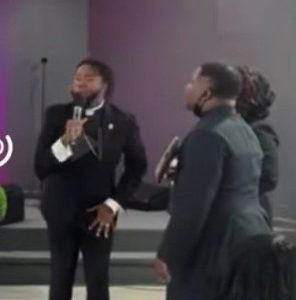 A Kansas City pastor has lashed out at his church members for being poor and broke.

A video of him blasting his members for not spending on him has gone viral.

The pastor’s sermon for the day was on the topic of taking care of God’s shepherd.

While speaking from the pulpit, the pastor is heard telling members that they do not consider him worth their “McDonald’s and Red Lobster money”.

He said: “See that’s how I know you’re still poor, broke, busted, and disgusted because of how you’ve been honoring me.

He added that he asked for a Movado watch last year August and “I still ain’t got it”.

He went on to reger to his members as “My cheap sons and daughters.”