A controversial pastor who makes his congregation do weird things, is back in the news again for the wrong reason.

The pastor identified as Prophet Rufus Phala, with AK Spiritual Christian Church, Makgodu, Limpopo in the north eastern area of South Africa, gave his members Jik household bleach to drink as a sign of faith during church service on Sunday.

Report has it that the police in Limpopo are investigating the incident after some people were allegedly affected after drinking the bleach.

Sometime ago, the controversial pastor made his church members drink disinfectant, Dettol, in order to get healed..

He instructed his followers to drink the disinfectant, while also acknowledging that it was dangerous to do so.

“I know Dettol is harmful, but God instructed me to use it. I was the first one to drink it,” the pastor said.

He also claimed he has been getting WhatsApp messages from people who say they have been healed by obeying his command of drinking the disinfectant. 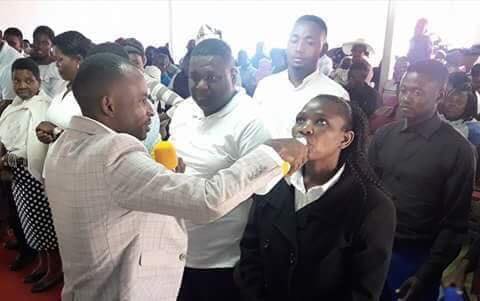 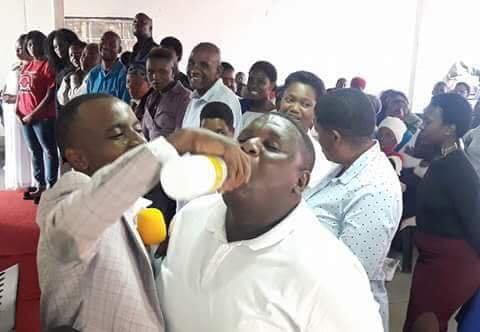 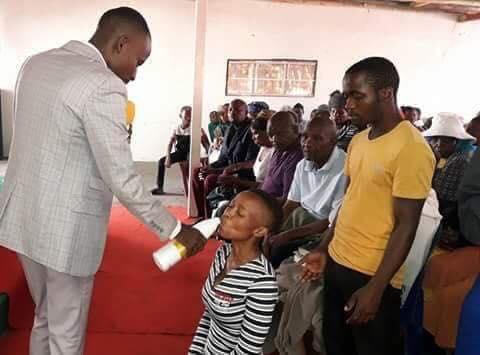 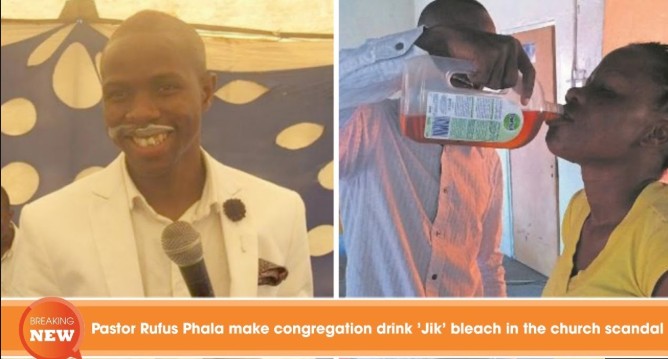