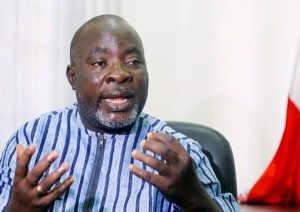 The PDP Presidential Campaign Council (PCC) has vowed to furnish Nigerians with the compendium of corrupt activities of the APC presidential candidate, Ahmed Bola Tinubu.

Addressing a press conference at the PDP presidential campaign office in Abuja on Wednesday, a spokesman of the campaign council, Kola Ologbondiyan, explained that the plot by Tinubu to divert attention from his litany of atrocities by seeking to impugn the impeccable character of Atiku Abubakar, with unfounded controversy of corruption, has failed.

He said, “Tinubu, sensing that his many corrupt activities, especially his fleecing of Lagos State with many Special Purpose Vehicle (SPV) companies, were about to come to light, rushed to hire a serial blackmailer, as he has always done, to foul the public space with fabricated allegations against Atiku Abubakar.”

Listing some of the alleged corrupt activities, the PDP Campaign said, “lt is now in the public domain how Alpha Beta, which has for over 20 years held the exclusive rights to collect taxes in Lagos State in return for a commission under very shady arrangements through which it reportedly siphoned billions of naira belonging to Lagos State.

“The public is now aware of a petition before an anti-corruption agency wherein Tinubu’s alleged SPV company was reported to have used another company which shares the same address with Tinubu’s office on Idowu Taylor Street in Lagos to launder Lagos State funds.”

But reacting, the APC Presidential Campaign Council, in a statement by the Director, Media and Publicity, Bayo Onanuga, said the PDP should “address the allegations of criminal money-laundering and reckless abuse of public trust” against Atiku and should not introduce a diversionary tactic into the matter.

The APC Campaign Council said, “The issues the Nigerian people want the PDP and his candidate to address are simple.They are, was the whistleblower, Michael Achimugu, who swore to an oath, employed by Atiku?

“Did Atiku make a scandalous confession in a telephone conversation on how he and his former boss, President Olusegun Obasanjo” set up SPVs, such as Marine Float, to steal public money? Was the taped voice not Atiku’s?

“It is obvious that the PDP presidential candidate has no defence to these allegations, which he admitted in his viral confession.

“Rather than address the allegations of criminal money-laundering and reckless abuse of public trust levelled against Atiku Abubakar, by one of his closest aides, the PDP tried in vain to defend its presidential candidate by embarking on a puerile diversionary journey by drumming up a stale allegation against his rival.” 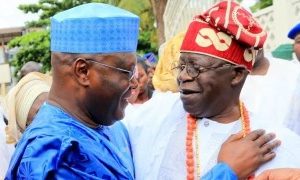