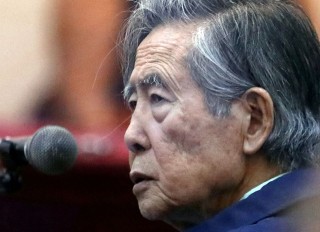 Peru’s top constitutional court ruled on Thursday that former President Alberto Fujimori can be freed from prison, where he had been sentenced to serve until 2032 for human rights violations, a judge said.

Fujimori, 83, had previously been pardoned on Christmas Eve in 2017. But the constitutional court overturned that controversial decision. The new decision puts the pardon back in place, following the appointment of judges who were seen as more sympathetic to the former president.

Judge Eloy Espinosa-Saldana confirmed the 4-3 ruling in remarks broadcast on local channel Canal N. It was unclear when Fujimori could leave prison or if new legal challenges could halt the decision.

Fujimori, who governed Peru between 1990 and 2000 is a highly polarizing figure. In his first term, he turned around the economy and ended a period of hyperinflation, but he was later sentenced for human rights violations involving a crackdown on the brutal Shining Path guerrilla group.

He resigned in 2000 after flying to Japan when a series of videos showed his spy chief bribing politicians in cash. In Japan, he claimed Japanese citizenship and stayed for years before flying to Chile in 2005 where he was arrested and later extradited to Peru, where he was successfully prosecuted.

Fujimori was sentenced in 2009 and released in 2017 for a few months, before being jailed again when his pardon was overturned.

Fujimori’s allies – including his daughter Keiko Fujimori who has run for President three times – have long said he struggles with poor health and deserves a humanitarian pardon. Fujimori was hospitalized last week and discharged on Monday.