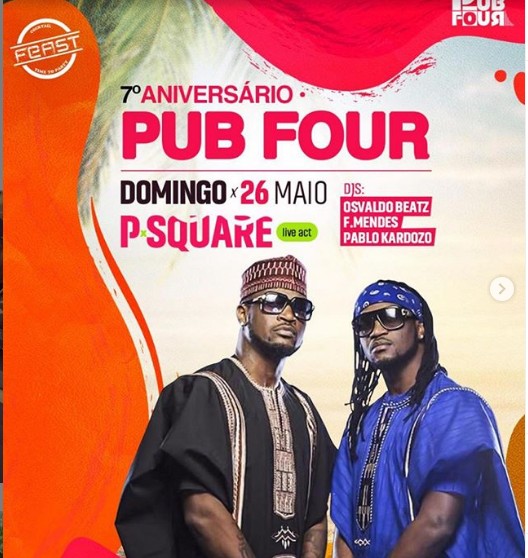 Trouble is brewing within the Okoye family as Peter Psquare is set to sue his brother Paul Okoye – King Rudy for using his photo in a show in Angola.

The other half of the defunct music group, King Rudy, is billed to perform in Angola tomorrow and the show promoters used one of the old photos the duo took together, to promote the show.

While taking to Instagram, Peter otherwise known as Mr P mentioned that it is quite sad they needed his photo to sell their show.

Na Wa o! So they needed my image to sell their show Angola. This promoters @pubfoureventos you’ll be hearing from my lawyers soon. #UnaDonFindMyTrouble.