Police Officer Caught On Camera Repeatedly Hitting A Man With A Machete Meets With IGP, To Face Trial 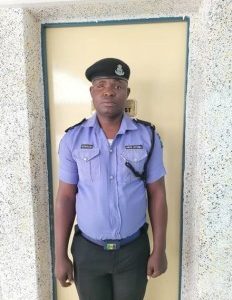 The police officer who was caught on camera brutalizing a man repeatedly with a machete has met with the Inspector General of Police who ordered that he be made to face trial.

CSP Olumuyiwa Adejobi, the spokesperson of the state police command, had promised that the officer will be identified and invited to Abuja.

In an update shared on his Twitter handle last night, Adejobi said the officer met with the IGP on Thursday, August 4. He said the police boss has ordered that the officer be made to face trial.