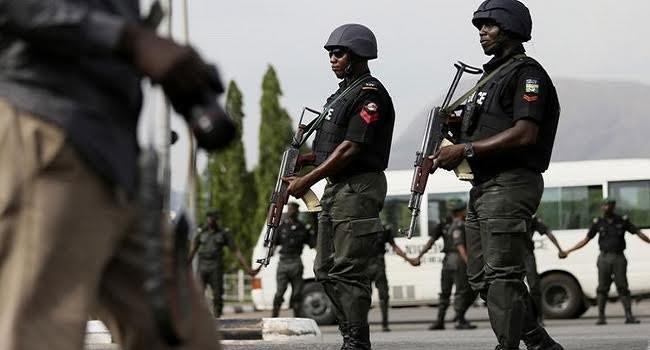 A police corporal in Adamawa state, Bala Adamu,has killed his colleague, Sergeant Emmanuel Timothy, after a row at a drinking spot in the Madagali area of the state.  DailyTrust reports that the deceased bought a local gin from a lady said to be Adamu’s girlfriend. Adamu was said to have been jealous that the unnamed lady was having a conversation with Timothy.

Witnesses said Timothy, a member of 13 Squadron Police Mobile Force Makurdi, who was on special duty in Madagali, bought local gin worth N100 from a woman said to be Corporal Adamu’s girlfriend. The woman urged the sergeant to pay in cash since he owed her some money while he tried to persuade her to add the N100 to existing debt. They added that when Adamu spotted Timothy chatting with the woman, he became jealous and rushed to them in fury, warning the sergeant to stay away from her. After a heated arguemnt, Corporal Adamu was said to have raised his rifle and shot the sergeant before he was arrested along with the woman.

Confirming the incident, the spokesperson of the command, Othman Abubakar, said Adamu has been arrested and the corpse of Timothy had been deposited in the mortuary.