Police Officers Caught On Camera Extorting Passengers Of A Vehicle 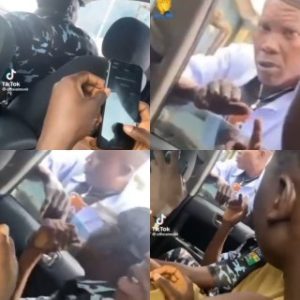 Some corrupt police officers have been caught on tape extorting passengers of a vehicle.

The video of the incident has now surfaced online.

In the viral video, some of the officers could be seen inside the vehicle they stopped while another one stood outside asking if the passengers in the vehicle have ”sent it”

”You don send am? E don enter?” he was filmed asking one passenger who confirmed he had ‘sent it’