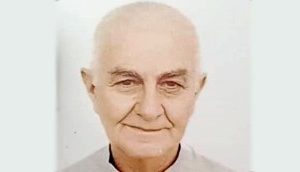 The Deputy Public Relations Officer of the command, Jennifer Iwegbu, who confirmed this in a statement on Monday, July 4, in Benin City, revealed that 64-year-old Brena was abducted on Sunday evening by suspected kidnappers along Ogunwenyi through Usen community in Ovia South-West Local Government Area (LGA) of the state.

“In our continuous efforts to curb crime and criminality in the state, most especially kidnapping, the Edo State Police Commissioner, CP Abutu Yaro, fdc has massively deployed police operatives to most of the identified volatile areas in the state and the move has started yielding positive results,” Iwegbu said while announcing the Italian’s rescue.

She explained that police operatives attached to Iguobazuwa Division were alerted of the incident on Sunday at about 5:45 pm and immediately trailed the suspected kidnappers to their camp.

On sighting the police operatives, the suspects opened fire on them after which the police swiftly responded.

“The superior firepower of the police operatives neutralised three of the kidnappers while the rest escaped into the forest with various degrees of gunshot injuries, abandoning their victim,” she said.

“The Victim was immediately rushed to Igbinedion Teaching Hospital, Okada for medical attention. Meanwhile, intensive bush combing is ongoing with the aim of arresting the suspected kidnappers now on the run.” the PPRO added.

In his reaction, CP Yaro, appealed to residents not to deter from partnering with the police by supporting them with prompt and useful information that could lead to the arrest of criminals terrorising the state.

He stressed that the command remained committed to the fight against kidnapping and other criminal acts in Edo.