Nollywood bad boy, Jim Iyke, has just been allegedly arrested by officials of the Nigerian Police Force at the Lagos airport. 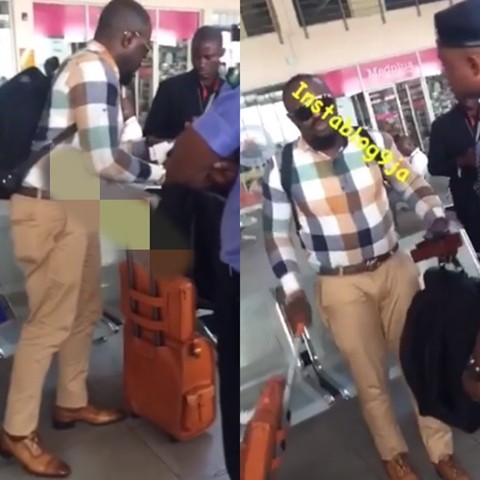 The actor being whisked away by the Police at the airport

According to an exclusive report by popular online platform, @Instablog9ja, Jim Iyke, has been arrested by Police officers attached to the Lagos airport, after he allegedly slapped a staff of Dana Air.

According to the report which is making the rounds online, the Nollywood actor had missed his flight to Abuja, after arriving the airport late and he got angry.

It was gathered that when a security staff of the airline was trying to profile and search him, Jim Iyke reportedly gave him a slap.

The airport policemen were immediately called in by the management of the airline and the actor was whisked away.