This was disclosed by the party’s National Secretary, Mark Adebayo, while speaking at the party’s Lagos State congress at Light Chapel Event Centre, Ilupeju, Lagos, on Saturday, February 3, 2018.

He also revealed that gubernatorial aspirants contesting for tickets under the party will be subjected to the same assessment so as to produce the best candidates for important political positions in 2019.

He said, “There will be a written examination for presidential candidates of KOWA Party, and governorship candidates. At least for those two categories. We need a candidate who can sell the party profitably to Nigeria.”

According to Adebayo, the party is eager to choose its presidential flag bearer on August 18, 2018, the date the Independent National Electoral Commission .

While speaking, he confirmed that KOWA already has four aspirants, including Professor Remi Sonaiya, vying for its presidential ticket.

Prof Sonaiya, who was also at the congress, was the party’s flag bearer in the 2015 presidential election and will be expected to be the favourite to win the ticket again for 2019.

At the congress of the party’s Lagos division, six new members were elected to the State Executive Committee (SEC) to oversee its operations.

With 79 out of 489 registered delegates voting through the party’s electronic voting platform, Dr Fadahunsi Fajuyitan was elected as the party’s state chairman after serving as interim since 2016. 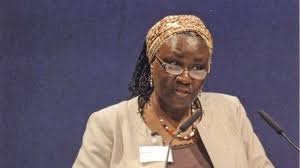 The six new officers fill only half of 12 available positions on the SEC as there were no contestants for positions such as women leader and treasurer.

National Secretary, Adebayo, pointed out the absence of any female contestants which was in violation of the party’s constitution which demands that such a committee is made up of, at least, 35% of the female gender.

He advised the new chairman, Dr Fajuyitan, to conduct a supplementary election to rectify the situation.