He attended Danbatta Secondary School, Kano State College of Advanced Studies and Ahmadu Bello University, Zaria where he graduated with a degree in Political Science.

The new director-general began his career in the security division of the Cabinet Office in Kano, from where he joined the defunct Nigerian Security Organisation (NSO), the precursor of the present DSS.

“In the course of his career, Mr. Bichi has worked as the state Director of Security in Jigawa, Niger, Sokoto and Abia states.

“Mr Bichi is married and has children,” the statement added. 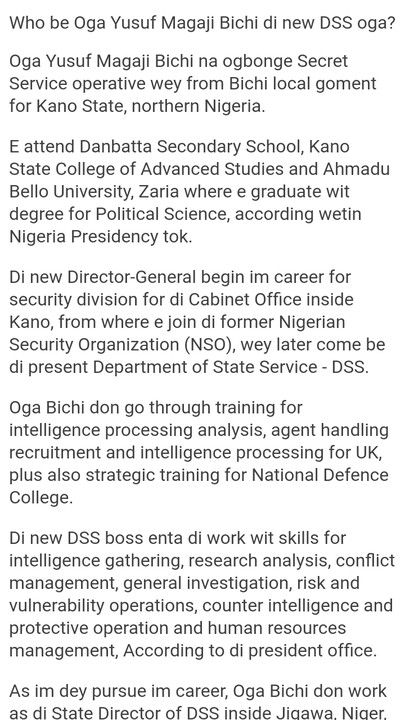