President Vladimir Putin on Friday ordered the Russian government to house and feed people leaving two self-proclaimed east Ukrainian breakaway republics once they arrived in southern Russia.
Russian-backed separatists announced the sudden surprise evacuation of their regions earlier on Friday, a shock turn in a conflict the West believes Moscow plans to use to justify an all-out invasion of its neighbour. read more 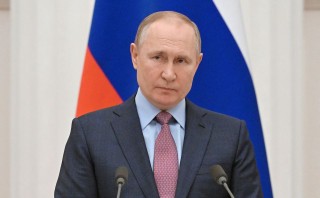 A Kremlin statement said Putin had ordered the minister responsible for dealing with emergency situations to travel to southern Russia to organise accommodation for what the Kremlin called “refugees from Donbass.”

“The president…instructed (the minister) to fly urgently to the region to organise work to create the conditions to house people, provide hot meals and everything needed, including medical care,” the statement said.

Putin had also ordered every person who arrived from Donbass to be given a payment of 10,000 roubles ($129), it added.

The two breakaway areas are located in Ukraine’s Donbass region