Residents Panic As Another Lifeless Body Surfaces In Umuahia City

Residents of Umuahia, Abia State capital are currently in fear following the discovery of another lifeless body in the street in the early hours of Wednesday, ABN TV reports.

This is one of the series of lifeless bodies discovered in the street of the capital city in recent times.

The latest was sighted around Ozuitem by Owerri road Umuahia, sending fear in the minds of the residents.

They told ABN TV that they woke up to the development but could not identify him or tell what led to his death.

The police have since evacuated his corpse for autopsy and possible investigation. 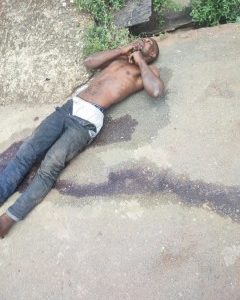