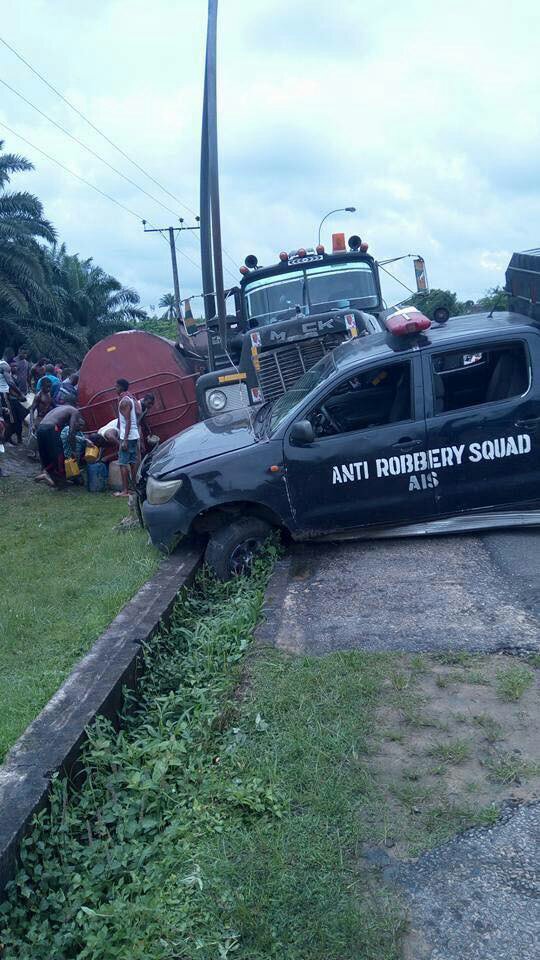 The scene of the incident

There was pandemonium yesterday after a tanker fell and spilled its content along Calabar-Itu highway in Akwa Ibom while being pursued by the state anti-robbery squad.

It was gathered that the driver of the tanker was trying to evade arrest and rammed into the police van that double-crossed it and landed in a ditch. 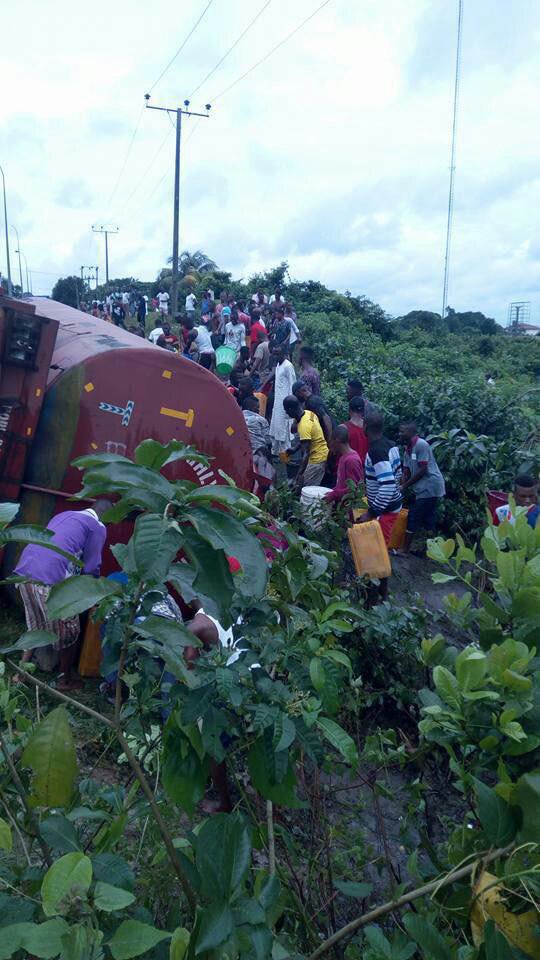