Revealed: You Won’t Believe How Much Nigeria Loses Every Year To Malaria 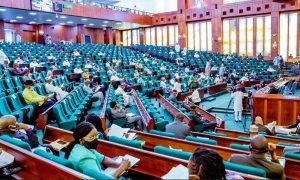 The House of Representatives has revealed that the country loses billions of naira to malaria yearly.

The PUNCH reports that the lawmakers decried that Nigeria was losing over $1 billion to the fight against malaria annually.

At the plenary on Wednesday, the House unanimously adopted a motion jointly sponsored by three of its members, Benjamin Kalu, Yusuf Sununu and Abubakar Dahiru, titled ‘Call for Intervention in Nigeria’s Losses in the Fight against Malaria.’

“Despite efforts to contain malaria, Nigeria loses over $1bn yearly in the prevention and treatment of the disease as well as other costs,” they claimed.

According to the sponsors, Nigeria has, over the years, made notable progress in scaling up; and impact of malaria interventions as regards the utilisation of mosquito nets for children less than five years, has increased significantly, from 6 per cent to 49 per cent; and parasite prevalence reduced from 42 per cent in 2010 to 23 per cent in 2018.