The actress stated that Kanu has not yet been released because of the lack of support from the Igbo leaders. 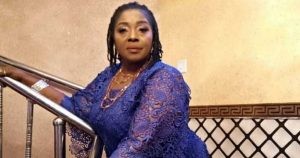 Veteran actress, Rita Edochie has reacted after a court dismissed the bail application of Nnamdi Kanu, the leader of the Indigenous People of Biafra (IPOB).

A Federal High Court in Abuja on Tuesday dismissed a fresh application for bail by the IPOB leader.

Reacting in an Instagram post on Tuesday, Rita Edochie stated that Kanu has not yet been released because of the lack of support from the Igbo leaders.

The movie star shared a Tik Tok video of a lady condemning Igbo leaders, saying, “THIS IS THE REASON MAZI NNAMDI OKWU KANU IS NOT YET BEEN RELEASED. WICKEDNESS WICKEDNESS WICKEDNESS. AFTER SHOUTING AND PUSHING YOU TO BE THERE, LAS LAS THEY WILL STILL BE THE ONE TO SHOOT YOU ON THE LEG. BUT MAY GOD ALMIGHTY HELP US.”