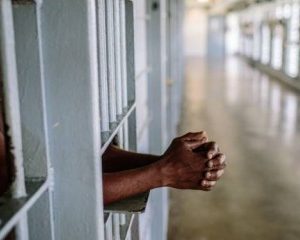 According to a report by SaharaReporters, two fraudsters identified as Destiny Unabor and Confidence Ekeanya have been jailed.

They were convicted over impersonation and romance scam by the Federal Capital Territory High Court, Apo and Bwari respectively.

It was learnt that Unabor created a Facebook page with the name, Steven Zheng, a Singaporean engineer, and professed love to Seika Goto and Jennifer Chen, both Chinese nationals, in an attempt to get money from them.

Upon arraignment on Monday by Abuja Zonal Command of the Economic and Financial Crimes Commission (EFCC), Unabor pleaded guilty to one count of fraud.

In view of his plea, Justice Halilu sentenced Unabor to one year in prison with the option of a fine of N70,000 (Seventy Thousand Naira only). He is also to forfeit his mobile phone and laptop to the Nigerian government.

Similarly, Justice Belgore sentenced Ekeanya to one year in prison with an option of N100, 000 (One Hundred Thousand Naira only) fine. He is also to forfeit his mobile phone and laptop and restitute $650 (Six Hundred and Fifty US Dollars) to his victim.

He was jailed after pleading guilty to the charge. He was said to have induced one Mr. Collins, an American, to deliver the sum of $5,000 (Five Thousand US Dollars) to him over a phantom romantic relationship while pretending to be Stephanie, based in London.