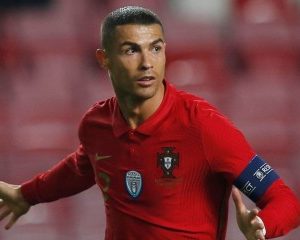 Manchester United are not sure if Cristiano Ronaldo will be part of the squad that flies out on Friday for their pre-season tour of Thailand and Australia.

Ronaldo has not reported back to training at Carrington, citing family reasons.

The 37-year-old’s absence comes after he informed the club he wants to leave this summer.

Ronaldo was due to re-join his teammates who are working with new manager Erik ten Hag on Monday.

Instead, he has been keeping fit at Portugal’s training base for the past few days.

The club do not want the situation to overshadow Erik ten Hag’s pre-season work or incomings, with full-back Tyrell Malacia set to be unveiled and Christian Eriksen verbally committing to join.