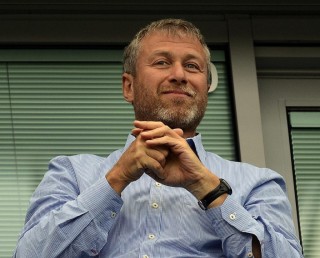 Former Man United defender, Gary Neville has appealed to the United Kingdom Member of Parliament (MP) to have a rethink before kicking out Chelsea owner, Roman Abramovich out of the country.

Recall that on Wednesday, Abramovich issued a statement, where he finally opened up on selling Chelsea due to Russia invasion in Ukraine.

Speaking at the Financial Times Business of Football Summit, Neville was asked about his opinion on the situation at Chelsea and Abramovich’s alleged association with Russian President Vladimir Putin.

Neville said: “There are alleged links between Abramovich and [Vladimir] Putin. I think what he [Putin] has done this week has meant the association with Chelsea and Abramovich has become a problem.

“In respect of Abramovich and Chelsea, he has been an owner of Chelsea now for 20 years and from my point of view I’ve spoken openly about how I’ve welcomed the challenge to the historical elite, which was Manchester United, Liverpool and Arsenal.”

Abramovich became Chelsea’s owner back in 2003.

Since his takeover, Chelsea has gone on to win 21 major titles.