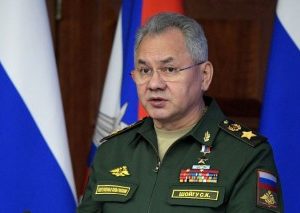 Aug 2 (Reuters) – The Pentagon on Tuesday denied Russian claims that the country had destroyed six U.S.-made HIMARS missile systems since the beginning of the conflict in Ukraine.

Russian Defense Minister Sergei Shoigu, according to Interfax, said on Tuesday that Russia had destroyed the HIMARS after Moscow deployed tens of thousands of troops to Ukraine on Feb. 24.

“We are aware of these latest claims by Minister Shoigu and they are again patently false,” Todd Breasseale, the Pentagon’s acting spokesman, said.

“What is happening, however, is that the Ukrainians are employing with devastating accuracy and effectiveness, each of the fully accounted for precision missile systems the U.S., our Allies, and partners have provided them to defend against Russia’s brutal, criminal invasion,” Breasseale added.

Russia regularly claims it has hit HIMARS, but has yet to show proof.

Ukraine officials have said they operate up to a dozen HIMARS systems, whose accuracy and long range have allowed Kyiv to reduce Russia’s artillery advantage.