Samuel Arogbonlo Says He Was Harrassed, Extorted By Police Officers 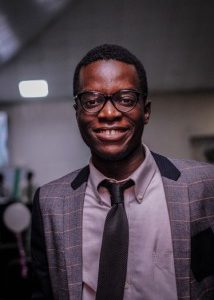 I just got released from SARS because I own gadgets and drive a car (this is the fifth time I’m being embarrassed), I think this is the worst experience I’ve had with them, I hope no PTSD on the way�, however, I’m about to be a japa advocate at the moment

Quite an experience tho; I was just driving out of my street and they drove abruptly to my front like they’ve been waiting for me and shouted “come down”, I quickly ended the call I was on and deleted my binance and checked slack.

Then I came down, they asked for my papers, I gave then they said “what do you do to buy such a car”, I said I work in the church and assist my father in business (of course, I won’t tell them I’m an engineer) then they doubted cos they felt such won’t raise me such a case.

I then tried to tell them I’m a member of the Nigerian army officers mess and they still said I am potential suspect and they are taking me to CID, they talked and talked that I have to put statement down and I’d be in the cell for the night, then we entered car and they loaded their vehicle and told me to start going, then I knew omo, it has be so, I called my dad and tried to talk to him, he now spoke to them and they asked for 200k and said they can’t do less, we kept going and stuff, they now said young boy like this with such car and omo they all gathered around me, entered my car and I was so scared cos they were rolling the guns too much around me� (hard guy in the potor potor) – my dad struck a compromise with them, they took me to POS, withdrew my money and left.

They now said, I’m a good boy and that I won’t sleep in station then cracked their dumb jokes and left. The experience is unmatched – ngl, but sha, I’m good, I just need to sleep or something cos I’ve not been this scared in years