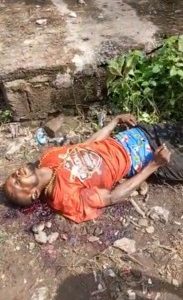 A clash between security operatives and operatives of the Eastern Security Network, ESN, led to the deaths of several people in Anambra State.

Sources confirmed to salemgists that the ugly incident occured in Ogbaru Local Government Area Of the state.

A source in the community stated that the security men stormed Osomala yesterday, Wednesday 29 June.

A said the military men, comprising of the army, navy, and Ebubeagu operatives, were searching for unknown gunmen when they were confronted by ESN operatives.

The incident led to the deaths of over eight youths in the area, with many people alleging that the people killed were innocent Igbo youths.

One of the residents said: