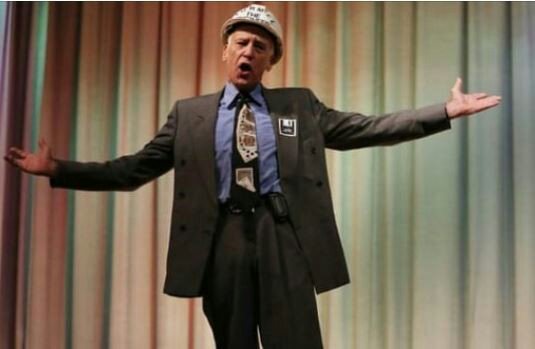 John Turmel, a Canadian, is currently contesting election for mayor of Brantford, the city he lives in, but that is actually his 96th shot at an elective position.

Interestingly, he has never won in any of the elections, earning him the record of the world’s biggest loser in the polls.

But he says he has no regrets and is not deterred to keep pushing.

“I have no regrets. For a guy with no resources, doing it all with my winnings from mainly illegal games, what have I got to be ashamed of?” he asked in an interview with The Guardian.

He first ran for an election into parliament in 1979, earning just 193 votes after knocking on uncountable doors, campaigning.

His main goal at the time, according to Turmel, was to legalise gambling, after series of police crackdown on his underground operations.

Four decades down the line, he has never stopped to take his chance at elective offices, sometimes earning as much as 4,500 votes, and, on one occasion, getting just 11 votes.

“People with no money can basically create their own tokens by monetising their own time,” he was quoted as saying.

“I realised that I’m going to have to take advantage of every opportunity to explain how we could save ourselves from poverty, which is created by not enough money.

“We’ve got lots of wealth, lots of food, lots of clothes, we’ve just got not enough money to buy it.

“I do zero campaigns,” he says. “I go and I sign up, I give them a press release and a press conference and then I’ll go home. And if there’s a debate, I’ll show up.”