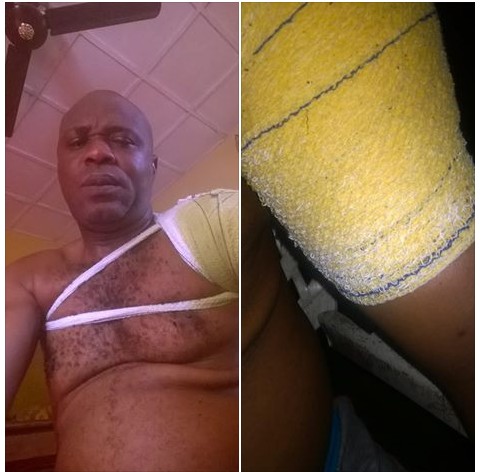 A man has been left injured allegedly by his son over disagreement following money for school. The distraught man revealed that he gave his son N136,000 for school and his younger sister N95,000 as the boy demanded an extra N25,000 from him – which he promised to give him by month end. According to reports, the son who said he needed the complete money before going back to school – used a sharp object and injured his father in the process..
The father took to his Facebook page to lament after being wounded as he labelled his son ‘worthless’. 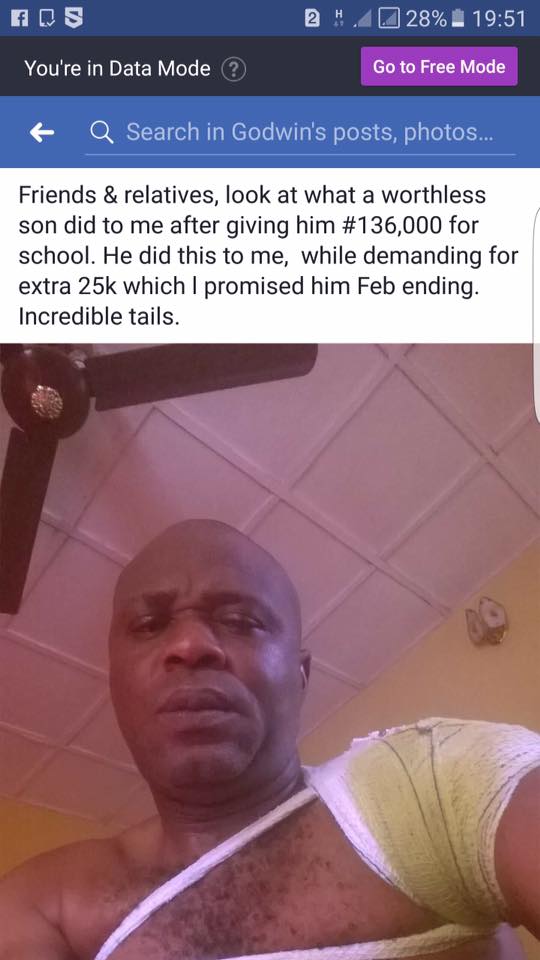