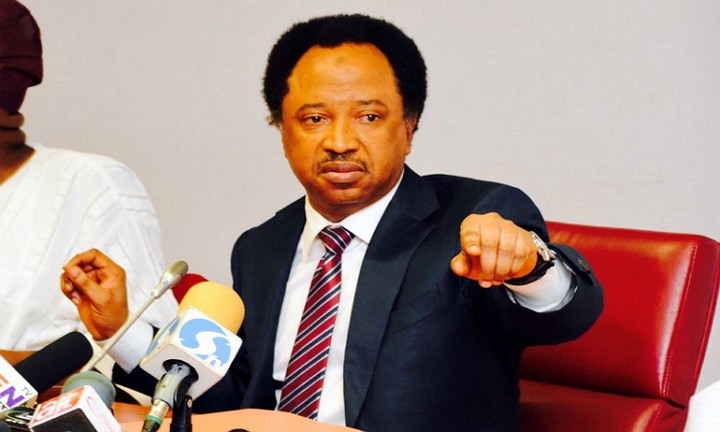 Senator Shehu Sani of the ruling All Progressives Congress has revealed that the report of the restructuring committee headed by the Kaduna State Governor, Mallam Nasir Elrufai will be used as toilet paper and for wrapping suya and Akara whenever it gets to the senate.

Sani, who represents Kaduna Central in the National Assembly stated this on Tuesday while criticising the report of the committee constituted by his party to address the issue of restructuring.

The die-hard critic of Gov.Elrufai while insisting that there will be no restructuring in the country before or after 2019 elections, described the report as a ‘political gimmick’.

He said: “When eventually the El-Rufai restructuring committee reaches the senate, it will be photocopied to 109 pieces and shared to the senators to use as Toilet paper. If there are extra copies, it will be shared to Suya and Akara hawkers outside the National Assembly to use it to wrap their products.

“El-Rufai restructuring report will be shredded and modify to serve as a good toilet paper for senators. If there’s seriousness in restructuring it could have started in 2015.”

According to Sani, the report was aimed at diverting people’s attention from a letter written by former President Olusegun Obasanjo.

“El-Rufai APC restructuring committee is self-serving, political gimmick aimed at diverting attention away from Obasanjo’s letter. It’s also a campaign document for 2019. It’s not a report worthy of the paper it was written,” Mr. Sani said.

Mr. Sani wondered how APC would expect Nigerians to take its sudden restructuring move serious after appointing an anti-restructuring Governor to head the committee.

“El-Rufai is anti-restructuring. There will be no restructuring before and after 2019.The President had repeatedly made it clear that the problem is process so what are we talking about.

“El-Rufai simply want to eat his cake and have it; orally calling supporters of restructuring as opportunists and on the other hand submitting a report in support of it,” he said.

Suanu’s Blog recalls that the committee recommended devolution of power to states, establishment of state police and independent candidacy among others.