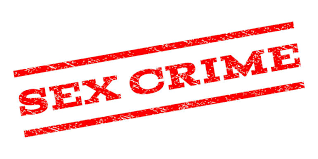 Some women convicted by a mobile court over allegations of prostitution have narrated how they were raped, harassed and molested by some policemen in the Federal Capital Territory, Abuja.

Speaking with reporters in Abuja on Thursday, the women told of how policemen attached to Utako, Life Camp and Gwarimpa police stations in Abuja, raped and physically assaulted them while they were in custody — And compelled them to plead guilty when police took them before the court on Monday.

The women who spoke anonymously to avoid being victimised said they were picked up by police officers at a night club, thrown into a cell and repeatedly tear-gassed.

One of the women narrated how a policeman attached to the Utako Police station identified as ‘Yellow,’ beat her with a baton and horse whip severally, with injuries on her arm and face as a souvenir.

One of them, who says she was arrested at a shopping plaza, recounted how she was raped by policemen attached to the FCT ministerial task for not being able to pay.

She revealed that she was held down by three policemen while one of them raped her without a condom.

She said: “Three of us were brought out of the van and raped by the policemen because we had no money to give them.

“We were raped behind the National War College. They pushed me to the ground and held me there while one of them raped me. He didn’t wear a condom.

“The other girls were also raped by two others one of who used a pure water sachet as a condom.”

Another victim who said she was picked up by police, while she was attending a birthday party, said: “I was invited to a birthday party at an apartment in a hotel. I came to the reception to get bottled water, a woman held my hands and pushed me out of the hotel and I saw a lot of people with cameras and some with mobile phones taking my pictures and shooting a video of the arrest.’’