“Shame on You!” Nigerians React To FCMB MD Marriage Scandal

The Managing Director of the First City Monument Bank, Adam Nuru has been dragged mercilessly by Nigerians after he was accused of sleeping with and impregnating another man’s wife who worked at the bank.

The woman has since been identified as Moyo Thomas.

Nigerians who took to social media described the alleged sexual relationship between Nuru and his subordinate as unprofessional, while calling for the sacking of the MD.

A few other Nigerians insisted that they were two adults and had the right to befriend each other and marry.

No fewer than 1,400 petitioners as of Saturday afternoon had signed a petition calling for the sacking of the MD over the marriage scandal, which has allegedly claimed the life of the aggrieved husband.

The deceased husband of Moyo Thomas, a staff member of FCMB whom Nuru was alleged to have had a romantic affair with, was identified as Tunde Thomas.

Thomas reportedly died of depression on December 16, 2020, after he realised that his wife allegedly had their two children with Nuru, as a result of the affair.

From the petition, it was claimed that the deceased husband suffered a cardiac arrest before he died.

The FCMB Board of Directors had said that it was reviewing allegations of unethical conduct against its MD, Nuru.

A petition initiated by friends of the deceased, on Thursday had alleged that Tunde died of depression after discovering that his two children with Moyo were allegedly fathered by the FCMB MD.

It also called on the Central Bank of Nigeria (CBN) to sack Nuru, while demanding a comprehensive investigation into the matter.

“This is a case of gross misconduct based on ethical grounds and an unjustifiable economic oppression by the elite (Adam Nuru) against the underprivileged in the society,” the petition, which has already garnered over 1,600 signatures, reads.

“The MD has been doing everything possible to sweep this case under the carpet. We implore the Central Bank of Nigeria, as the apex regulator, and the board of FCMB to investigate this for the integrity of the bank and Nigerian banking industry.”

But in a statement sent to SaharaReporters on Friday, the FCMB Group Head, Corporate Affairs, Diran Olojo, said the bank was aware of the allegations making the rounds against its MD.

He, however, said the bank’s board of directors had started to review the matter, adding that its findings would be disclosed in due course.

On Twitter, Nigerians have condemned Nuru for the alleged sexual relationship, saying it was unprofessional.

For instance, Chuks Nwachuku (@NwachukuChuks) wrote, “It’s against the law for a boss to have a sexual relationship with his subordinate. It’s also unprofessional and unethical. The law would never accept that there was no undue influence. To permit such an excuse is to make the workplace unsafe, especially for women.”

Lanre Joda (@lanrejoda) said, “In sane climes, he won’t even need the petition to leave, once the news hits the public space, he resigns! Legally speaking, he may not be culpable of anything, but he’s tampered with a core societal value! That said, Nigerians have since lost their sense of values & shame!”

@FCM_online said the bank “should sack the MD to protect the image of the company”. and the family

Donbaba (@AdegokeOlawuyi) said, “If he is not sacked by Monday afternoon, we will all close down our accounts. We can’t tolerate indiscipline. Enough is enough.”

However, Musakaka (@Musakaka13) said, “How is it the MD ‘s fault? It was a relationship between two adults. She could even be lying just to justify her asylum process in the US. She used that stunt to cast the husband in a bad light that he battered her when he found out about the paternity and she escaped to the US.” 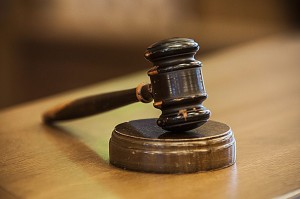 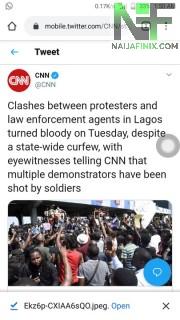 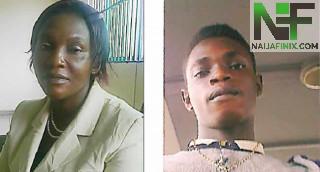 Nigerian Evangelist Recounts How Policemen Killed Her Son In Her Presence, Inserted Gun In Her Private Part 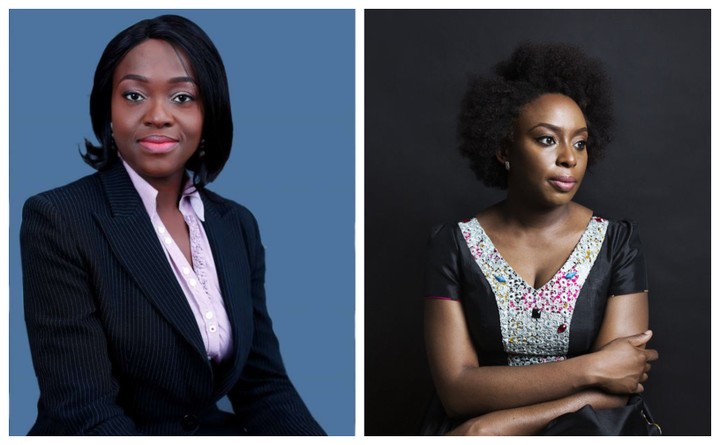 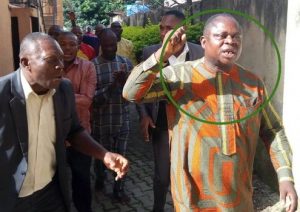 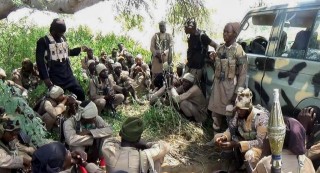