Shocker: Newly Married Woman Catches Her Husband Red-Handed In Bed With Her Aunt

A heartbroken wife claims she caught her husband in bed with her aunt – just weeks after tying the knot.

Kim Elkins, 33, had allowed her aunt Lorraine Esslemont to stay in the spare room of the house she shared with Kenny Slocombe.

She described her aunt as a friend because she was only 10 years older than her, and even asked her for relationship advice.

After a seven month romance Kenny proposed to Kim and they set up home together before in November 2010, Kim gave birth to their son Ethan.

After they got married, her mum’s brother Ian and wife Lorraine found their house’s lease at an end, so she agreed they could stay in their two-bed home until they found somewhere to live.

And when Ian and Lorraine separated, Kim allowed Lorraine to stay on. 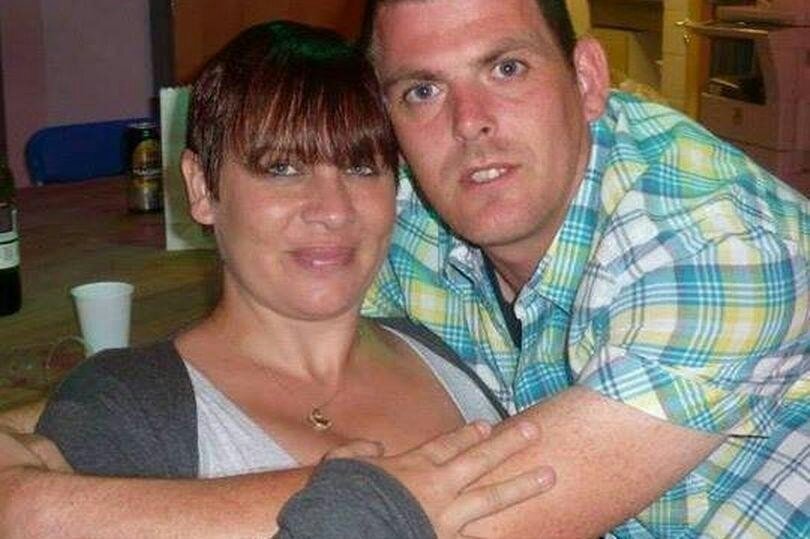 “It was nice having Lorraine around as I could talk to her about anything,” she told the Mirror.

“Soon she and Kenny were as thick as thieves, too. Naively, I was just pleased they got on.”

Six weeks after the wedding in February 2012 she says she caught Lorraine messing around with her new husband on the sofa.

Though they insisted it was innocent, Kim was suspicious so came home early from work the next day.

“He said she was in the spare room, but I stormed straight into our bedroom to find her stark n*ked.

“I was crying so hard everything’s a bit of a blur. I was absolutely hysterical. The fact they’d had s*x in my marital bed made it so much worse.”

She later found out the pair had disappeared together on her wedding night which made her feel “absolutely sick to my stomach”.

Lorraine and Kenny are now in a relationship and deny getting close at the wedding reception.

Kenny told the Mirror: “Kim did find us almost in bed but but we didn’t get together until after I split with Kim.”