Showdown Looms In Senate Over Appointment Of Buratai, Others As Envoys

The Senate appears poised for a showdown with President Muhammadu Buhari over his nomination of the recently retired service chiefs as non-career ambassadors.

Some senators, The Nation gathered, are mobilising efforts to block the confirmation of the retired military chiefs whose sack they relentlessly called for until their replacement on January 26.

The PDP position on the former service chiefs on Saturday drew the ire of the Presidency, with Aso Rock Villa saying the opposition party was now doing Boko Haram’s work with its ceaseless criticism of President Buhari and the former military chiefs.

Senate Minority Leader Enyinnaya Abaribe, speaking ahead of the debate on the nomination of the immediate past service chiefs, wondered why the federal government wants to reward non-performance.

Senate spokesman Surajudeen Ajibola Basiru said the Senate decision would be based on the recommendation of the Senate Committee on Foreign Affairs.

He said the Senate should be allowed to do its job while those who may not be happy with what Senate may do are free to seek redress in court.

The Nation gathered that intense lobbying has commenced to soften the ground for the confirmation of the nominees.

Abaribe said: “We cannot preempt what will happen, because when it comes, it will go to the committee on Foreign Affairs and the committee of foreign affairs will look at everything including the outcries, and then bring a report which the Senate will debate.

“So, we won’t be able to say anything until we have seen the committee’s report. If people are against it, they ought to present their respective views to the committee, and they can present to any Senator to give to the committee so that on that basis, the committee will be well versed to make recommendations.

“You know the unfortunate thing is that people talk and then will never follow it up. So all the CSOs and all the other people who are against it should articulate their views and bring it up to us. So that by the time we now start to make a deliberation on it, we will be very well informed.”

Reminded that the Senate previously asked President Buhari to sack those now nominated for ambassadorial positions for non-performance when they were service chiefs, Abaribe said: “As far as we are concerned, all that has happened is that some people are being rewarded for non-performance. And that is a pity for the APC government that they would reward non-performance.

“Of course, when the matter comes, like I said, we won’t preempt whatever the committee will do.”

But Basiru asked: “Are they not entitled to being nominated?”

On the call by Senate that the nominees be sacked for non-performance while they were Service Chiefs, Basiru said: “We said they should be sacked as Service Chiefs. We did not say that they are not qualified for other purposes.

“There is nothing wrong and untoward about nominating them for appointment as ambassadors designate.

“It is not for people to come on the pages of newspapers to crucify nominations from the President. I think it is improper to talk about their record while acting as Service Chiefs to be the barometer to determine whether they ought to be nominated or not.

“The President that nominated them must have known why he nominated them. The Senate will look at their credentials, and if they are found to be worthy, they will be confirmed by the Senate.

“We cannot get ourselves into politics that have no value or basis as a National Assembly. Until we see their documents, we cannot join the crowd as to whether they are competent or not. That is our take on it.”

“They were not sacked; they resigned according to what the President told us. So if somebody resigns from a job, does it mean he can never get another appointment in his life?

“President Goodluck Jonathan was not re-elected, has he not been serving the country in other capacities?

“Is there any law that says that even if you are sacked as Service Chief you cannot be an ambassador of the country or that you cannot serve the country in other respects?

“So we should not put sentiments that have no basis in law. What the Senate will look at is do they have the requisite academic qualifications and service records?

“For somebody to rise in the military to become a Service Chief, whether you consider them as having performed or not, you cannot say they are not competent to serve the country in any other capacity.

“If the President that accepted their resignation as Service Chiefs has the power to nominate and he has nominated them, when they appear before the Senate, if the Senate considers them to be fit and proper as ambassadors, they will be confirmed. If they feel that they are not fit, they will not be confirmed.

“Let the Senate do its own job as the confirming authority, then if anybody now feels that the confirmation was done without power or without procedure, let them go to court.

“That is why you have the judiciary and that is the essence of separation of power.

“This is not the first time nominees of the President will be considered and some rejected by the National Assembly.

“So we don’t know what motive will be served by already preempting which decision will be taken one way or the other by the Senate.”

You are helping Boko Haram do its work, Presidency slams PDP

Peoples Democratic Party’s criticism of the former service chiefs yesterday drew the ire of the Presidency which said the terror sect, Boko Haram, could not have done a better job.

Senior Special Assistant to the President on Media and Publicity, Mallam Garba Shehu, said in a statement in Abuja that the nomination of the retired military chiefs for ambassadorial positions was not an unusual gesture but a normal transition in decent democratic societies.

Shehu dismissed the views in some quarters that the President conferred the ambassadorial role on the former military chiefs in a bid to shield them from possible trial by the International Criminal Court (ICC).

He said: “The Presidency wishes to dismiss the Peoples Democratic Party (PDP) attack over the widely praised nomination of the former heads of the Army, Navy, Air Force and the Military Intelligence to the Senate for confirmation as non-career ambassadors.

“This transition is normal in decent democratic societies.

“But the newspapers and online media are full of pages of laughable criticisms of the President and former Service Chiefs by the party, the latest of which was the false claim that they were nominated as ambassadors so as to shield them from trial by the International Criminal Court (ICC).

“How on earth can decent people run down hardworking professionals who have put in their best to defend their country? How can you run down your country and equate that with normal political dialogue and opposition?

“What is baffling about this false and baseless assertion is that this is coming, not from Boko Haram terrorists who the military kept largely in check and confined to a known section of the country, Sambisa, but from a so-called leading opposition party that fraudulently kept power for 16 years and is nursing the hope of one day returning to office as an elected government.

“What is more, under these corrupt politicians, the insurgency conquered large swathes of territory-18 local government areas.

“Pray, if a political party, in a blind search for power can spurn the interest of the nation, embrace the language of hate campaign against the country’s military as enunciated by the terrorists, as the PDP does, what will be left for the Boko Haram to do? PDP is doing Boko Haram’s work.”

The Presidency challenged the PDP and those accusing the Nigerian armed forces of human rights abuses while under the watch of the recently retired service chiefs to quit making empty allegations and approach to ICC with such.

Recalling the military actions in Odi, Bayelsa State, and Zaki Biam, Benue State during the PDP years in government, it said: “We live in an evidence-based era for arguments.

“If the PDP has evidence of rights abuse against the military in the war against terrorists, wouldn’t it be beneficial to the nation that they publish such evidence instead of leveling grave accusations without proves?

“And to ask, in whose interest are they making these accusations that lack any depth?

“To add, we don’t think the ICC, to which these childish calls are being made, needs to be lectured on democratic values and human rights by the PDP. Who are they, and what is their record in office to lecture anyone?

“Zaki Biam and Odi where thousands of citizens were on record, the genocide operation comes to mind. Did they report themselves to the ICC?

“PDP’s attacks on the ambassadorial nominations should be seen in the context of the opposition party’s track record as a university of liars, whose modus operandi is to propagate lies.

“The President is rewarding hard work and exceptional sacrifice by a set of military leaders who gave their best to the nation and will be remembered, sooner than later, for their contributions to the security and survival of Nigeria as one nation. They should be allowed to move to the next level.

“This is so that their examples will help to inspire others if given the opportunity to serve.”
https://thenationonlineng.net/showdown-looms-in-senate-over-appointment-of-buratai-others-as-envoys/
1 Like

Re: Showdown Looms In Senate Over Appointment Of Buratai, Others As Envoys by Hadley02(f): 11:41am
Their business.

Check my profile for James Hadley Chase Novels
1 Like

Re: Showdown Looms In Senate Over Appointment Of Buratai, Others As Envoys by Esseite: 11:45am
The same Senate which called for their sack would be quick to confirm their nomination..

Where is that oshomole that claimed the 8th senate run by Saraki was blocking good relationship btw the executive and legislature.. hope you are enjoying the rubber ducks..
2 Likes

Re: Showdown Looms In Senate Over Appointment Of Buratai, Others As Envoys by Pelagia2: 11:45am
Please can someone help me with link to study with scholarship in the USA.
3 Likes

Re: Showdown Looms In Senate Over Appointment Of Buratai, Others As Envoys by limeta(f): 12:27pm
On the call by Senate that the nominees be sacked for non-performance while they were Service Chiefs, Basiru said: “We said they should be sacked as Service Chiefs. We did not say that they are not qualified for other purposes.

There you go
Your representative
Your senate
Your country 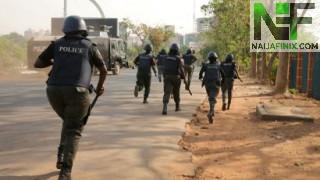 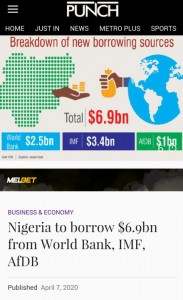 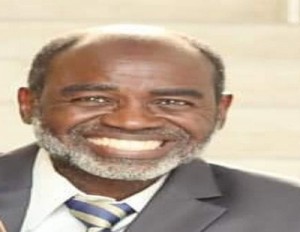 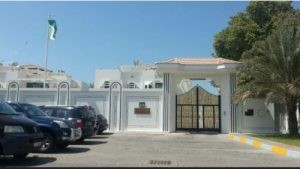 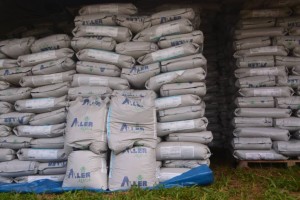 Lagos To Empower 2,743 Farmers In Its Agricultural VCE Programme
I Will Do My Best For Nigerians In My 2nd Term – President Buhari 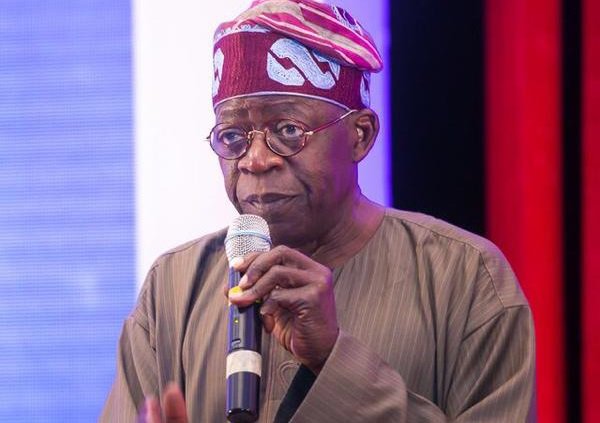 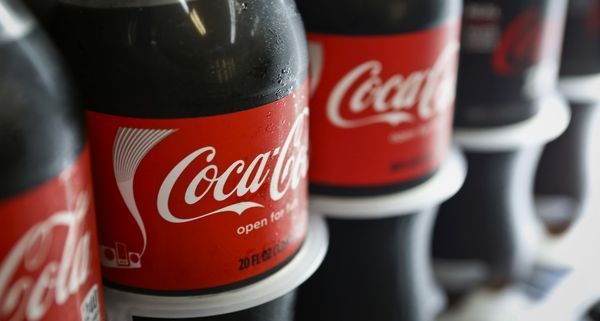 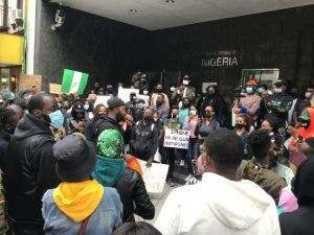