Singer BNXN Involved In Altercation With Police Officers In Lagos 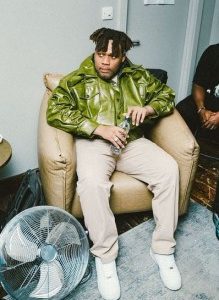 Superstar Nigerian singer, Daniel Benson, popularly known as BNXN, was involved in an altercation with some police officers in Lagos.

In a video making rounds of social media, the music artiste formerly known as Buju, is seen exchanging words with some policemen who highjacked his car.

While other motorists tried to calm him down, Buju angrily left the scene.

Shortly after the altercation, Buju in a now deleted post on Twitter said he spat at one of the uniformed men and it felt good. The singer also claimed the officer tore his shirt.

He tweeted: “Spat at a police officer’s face and it felt so good. I let you into my car and you dragged and tear my shirt and start slapping me? Nah everybody must stop.”

The singer, however, did not reveal what led to the heated argument.