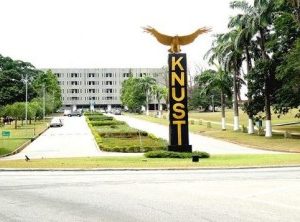 The police have arrested six students of the Kwame Nkrumah University of Science and Technology (KNUST) for allegedly gang-r*ping a female student.

It was gathered that one Patrick Ofosu, a 19-year-old Business Administration student said to be the boyfriend of the victim (name withheld), orchestrated the crime.

Police investigations reveal that the boyfriend sent a text message to the girlfriend asking her to have s3x with him and his male friends.

After she refused, he invited her over to his hostel after convincing her that he has called off the s3x party and only wanted to have s3x with her as a couple.

After he managed to convince the victim to come to his hostel so the two of them can have s3x alone as lovers, she reportedly walked into a trap.

While getting intimate, the five other suspects who had laid in ambush budged into the room and took turns to s3xually assault the female student.