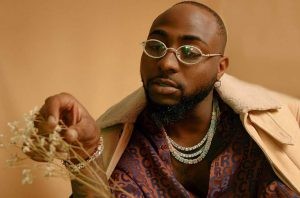 Apart from making hit songs and winning so many awards, world-famous Nigerian singer, Davido is also known for his philanthropy.

The singer has constantly been in the limelight not only for his successful music career but also for his philanthropic gestures.

In the past years, putting out hit songs has become synonymous with the award-winning megastar as giving out to people in need.

TheCable Lifestyle examines instances when Davido has offered a helping hand to different individuals and projects.

Davido built a house for a young boy who sang ‘If’

Utibe, the young boy who had been out of school in 2017, caught the attention of the singer when he put out a cover of the musician’s hit song, ‘If.’

Impressed by the boy’s talent, Davido offered to build a house for his family. He also offered to sponsor Utibe to school.

In 2018, a female worker at the Murtala Muhammed International Airport in Lagos who needed to undergo surgery for an undisclosed illness became a beneficiary of N15 million from Davido. The money was donated to offset her medical bills.

The singer’s benevolence wasn’t made public until after the surgery was successful.

Davido shared a video on Instagram with the caption, “Aaww I paid for the surgery of a lady that works at the airport and they did this to thank ME! SO CUTE!’’

In the video, some of the airport staff held placards with the inscription that read, “Omo Baba Olowo Thank You. N15 million No Be Joke ooo.’’

Davido donated proceeds of a music video to coronavirus research

Two years later, the singer donated all the proceeds from a song to support the international fashion house, Dolce & Gabbana’s coronavirus research fund.

The music video is titled ‘Dolce & Gabbana’ and featured Summer Walker, the US singer.

The singer said the decision to donate proceeds from the video to COVID-19 research was due to his personal experience.

Davido also wanted a speed up of the research process, which will in turn lessen the effects of the virus on humans — at that time.

Davido’s humanitarian gesture in 2021 attracted global attention. With barely a few days to his 29th birthday, the ‘OBO’ crooner took to his social media pages to ask his rich friends to donate money for what he described as “the clearance of my Rolls Royce vehicle at the port.”

What initially appeared to be a joke quickly escalated into one of the most talked-about fundraisers of the year.

The music star raised N200 million in a few days and personally added an additional N50 million, making it a total of N250 million.

He would later announce that he was giving the entire amount raised to orphanages across the country.

The money was eventually disbursed to different orphanage homes in Nigeria.

Davido offered a scholarship to an exceptional Ghanaian student

As the saying goes, all it takes is one moment for a person’s life to change. And that was the situation with Morro Suleyman, a student from Ghana who was unable to continue his education because of financial difficulties.

Interestingly, the brilliant student aced all his WAEC results. His story was shared on social media last month.

Davido, as usual, came to his rescue. The singer offered the young student a five-year full scholarship at Adeleke University, with accommodation and allowance inclusive.

On Sunday, the Afrobeat singer gifted a female fan his designer shoes while performing on stage.

That was not the only gift he had in store for her. Davido also blessed the fan with the sum of N2 million.