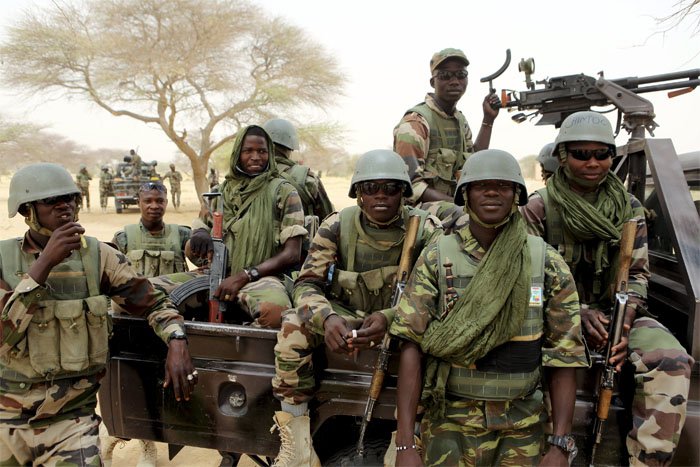 Military authority in Makurdi, Benue State, on Thursday said that it had arrested two suspected Fulani militia who were about to attack Gov. Samuel Ortom’s fish farm and other villages in Guma Local Government Area of the state.

In a statement issued on Thursday, the Assistant Director, Army Public Relations 707 Special Force Brigade, Nigeria Army, Major Olabisi Ayeni, said that the suspects were arrested on Tuesday while the troops were on a routine patrol along Gbamjiba- Iyiodeh road in Guma Local Government Area.

“The militia who were suspected to be converging, possibly for an attack on Governor Ortom’s fish farm and other innocent citizens were about to be approached for questioning when they opened fire on the troops who later engaged them.

“The violent herdsmen who also fought back was at the same time trying to withdraw.

“The Special Forces Operators intensified their pursuit and succeeded in arresting two of them while others fled in disarray.

“The herdsmen had since been handed over to the police,” the military spokesman said.