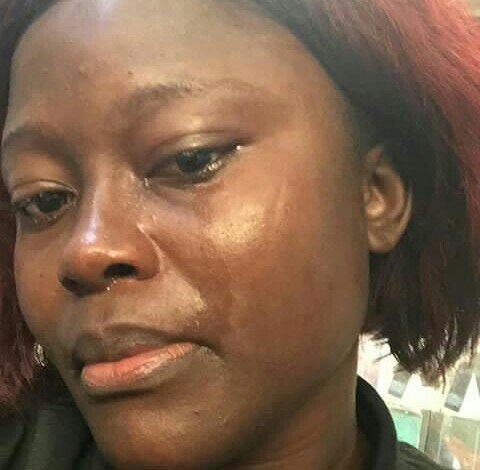 A lady identified as Adenuga Adetoun has told the startling story of how she was badly battered recently.

The lady took to her Instagram page to reveal that some soldiers who were breaking road traffic rules nearly knocked her down in Lagos.

See what she wrote:

So I was beaten blue black by men in uniform this morning by marina bus stop.. I was crossing.. Out of the blue a car almost ran down.. On a one wat, I challenged the car for the speed on a one way.. When the car parked, there were three soldiers, two men and a woman.Before I know what was happening I was descended on for questioning them for almost running me down with their car.. I wasn’t able to get their faces but I got their plate number.. She wrote..

After the incident, she went to bonny camp to report the incident, but the lady at the gate refused her and told her that she can’t report a soldier to a soldier. 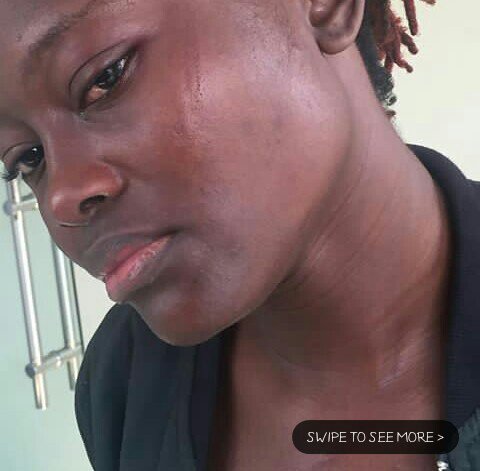 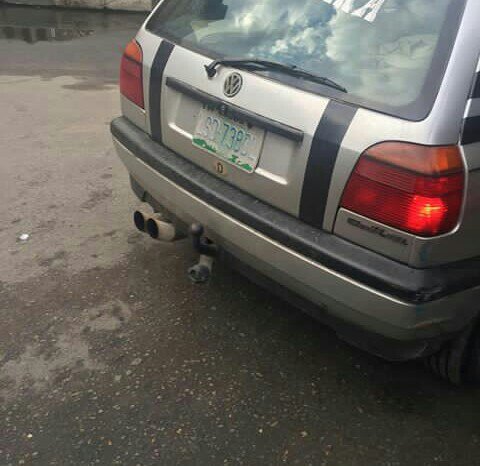 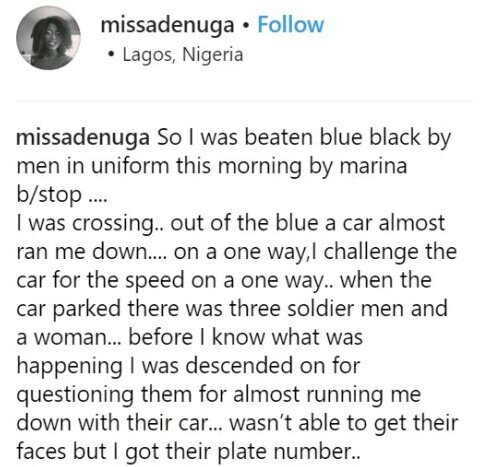