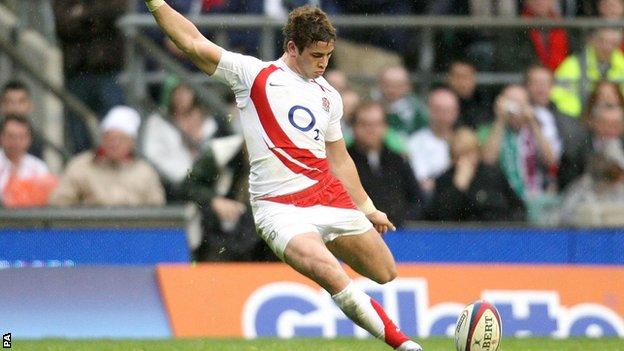 Danny Cipriani is in strong contention for his first England start in a decade as head coach Eddie Jones considers naming him at fly-half for Saturday’s third Test against South Africa.

Cipriani, 30, has been taking a leading role in training this week as England look to end a run of five Test defeats.

He came off the bench in the 23-12 second-Test loss in Bloemfontein,winning his first cap for three years.

Jones will name his side for the match in Cape Town at 11:45 BST on Thursday.

It is understood the Springbok camp are expecting Cipriani, who is moving from Wasps to Gloucester this summer, to be in the starting XV.

George Ford, who has been the preferred option under Jones and started the first two Tests, will make way if Cipriani is selected.

“Both Danny and George have got great attributes,” Jones said on Wednesday. “We’re just assessing who is going to be the best player for this weekend.”

After making his England debut in the 2008 Six Nations, Cipriani’s international career has been a chequered one, with his past nine international appearances all as a replacement.

But his form for Wasps this season earned him a call-up and Jones is happy with his attitude on the tour.

“Danny is back because of his consistency of effort. I’ve just been impressed by his diligence and his desire to be part of the team,” said the Australian head coach.

“He’s got fitter. He’s understanding that there’s a role to play in the team and he can play it.”

Elsewhere, England will be forced into changes at loosehead prop and number eight, with Mako Vunipola returning home for the birth of his child and brother Billy out with the fractured arm he suffered in the second Test on Saturday.

Joe Marler and Nathan Hughes are set to start, while Dan Robson could make his debut and partner Cipriani at half-back.