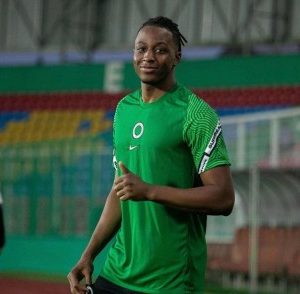 Southampton are looking to wrap up a deal for Rangers midfielder Joe Aribo in the coming days.

But the Saints, according to the Daily Mail, are stepping up their interest in the player.

The Nigerian international has a year left on his contract and seems not willing to extend his stay at the Ibrox.

The Gers are reportedly prepared to sell the 25-year-old in order not to lose him on a free next summer.

The former Charlton Athletic player is highly-rated because of his versatility.

He scored nine goals and recorded 10 assists in 57 appearances across all competitions for Giovanni van Bronckhorst’s side last season.