Andres Iniesta has announced he has played for Spain for the last time after getting knocked out of the World Cup by Russia.
Fernando Hierro’s side were shocking dumped out of the competition on penalties by the unfancied hosts – having drawn 1-1 in normal time.
Iniesta came off the bench, having started each of Spain’s Group B fixtures against Portugal, Morocco and Iran, in the 67th minute.
Barcelona legend Iniesta played 131 times for his country, netting 13 times – including the winning goal in the 2010 World Cup.
Iniesta was also a main member of Spain’s golden generation which saw them lift the European Championship in 2008 and 2012. 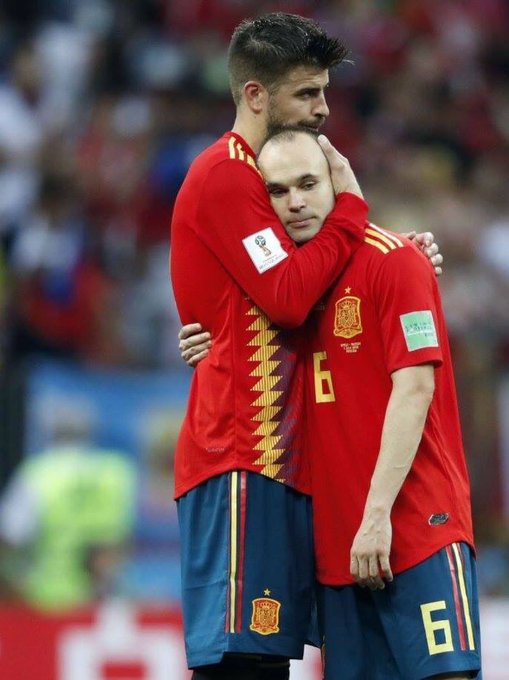