Britain’s Prince William and his wife Kate will not visit a cacao farm in an indigenous region of Belize as planned on their Caribbean tour, the Belize government said Friday, after local villagers staged a protest against their arrival. 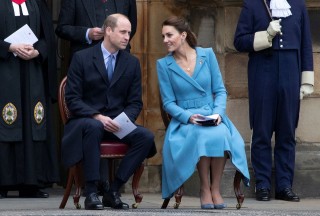 The Duke and Duchess of Cambridge travel to Belize on Saturday for a week-long Caribbean tour at a time of growing scrutiny of the British Empire’s ties to its former colonies.

The royal couple was due to visit the Akte ‘il Ha cacao farm in the Maya village of Indian Creek in the Toledo district on Sunday morning, according to a preliminary schedule. A contingency plan would instead be activated and a new site announced, the government press service said on Friday.

People in the village said they were upset that they were not consulted about the planned landing of the royal couple’s helicopter, sparking a protest by a few dozen on Friday morning.

Indian Creek is in dispute with Flora and Fauna International (FFI), a conservation group which lists Prince William as a patron. FFI has property near the village’s communal land, which has caused tensions over ownership rights, according to local residents who spoke with Reuters.

Kensington Palace also could not immediately be reached.

The Caribbean journey by the Duke and Duchess follows closely after Queen Elizabeth’s 70th anniversary on the throne and nearly four months after Barbados voted to become a republic, cutting ties with the monarchy but still remaining part of the British-led Commonwealth of Nations.

The royal couple is due to spend three days in Belize, before moving on to Jamaica and the Bahamas.