Former Deputy National Publicity Secretary of the All Progressives Congress (APC) Comrade Timi Frank, has written an open letter to the Secretary-General of the United Nation, Antonio Guterres, asking the international organization to stop President Muhammadu Buhari from addressing the 73rd general assembly. President Muhammadu Buhari and Timi Frank Frank attributed his reason to what he called “anti-democratic posture, disdain for the rule of law and very dismal human rights records” under President Buhari.

In an open letter he addressed and sent to the Secretary-General of the United Nations through its UN’s Abuja office on Friday, said: “Despite the current democratic dispensation in the country, Buhari has foisted dictatorial and authoritarian rule on the people who looked up to him as a messiah and elected him president to ameliorate their sufferings.”

On the fundamental human rights, Comrade Frank said President Buhari has vehemently refused to release Sheik Ibrahim El-Zakzaky and Col. Sambo Dasuki in complete disregard to lawful judicial pronouncements admitting them to bail. “Another grievous anti-people policy of the Buhari administration was the proscription of the Indigenous People of Biafra (IPOB) and declaring it a terrorist organization while declining to similarly declare the murderous and dangerous Fulani herdsmen as a terrorist organization.”

On what he described as lacked of commitment to democracy, Frank said: “His refusal to sign the amended Electoral Act not only show his lack of commitment to electoral reforms but his phobia for the use of simple technological devices like the Card Reader meant to guarantee the credibility of elections.

On the fight against corruption, Frank said the President has turned his anti-corruption fight into an instrument of personal vendetta against his political enemies and opposition figures. “Twice has the agents of state invaded the National Assembly in a bid to forcefully remove the presiding officers of one of the Chambers. His failure to put any culprit to trial over the treasonable breach of the constitution underscores his complicity in the various episodes.

“Permit me to say that the African Union (AU) recently made a blunder by naming Buhari as the AU Anti-Corruption Champion during its 30th Ordinary Session of the Assembly of Heads of State and Government Summit, held in Addis Ababa in February.” OOn the security of lives and property, the former APC Chieftain said: “Insecurity still pervades the land despite humongous security spending high level of propaganda celebrating the “technical” defeat of the Boko Haram terrorists by security forces.

“Despite chest thumping boasts by the Buhari administration to have degraded the Boko Haram terrorists in the North East, the region is still in dire security straits while other forms of criminality like armed robbery, kidnapping and killings pervades the land. It is noteworthy to say that Fulani herdsmen have continued to maim and kill Nigerians while laying waste to their sources of livelihood in the North Central, North East and North West States.

“In view of the above facts therefore, tell me what qualifies Buhari to be listed among those to address an assembly of respectable world leaders who will be converging at the 73rd United Nations General Assembly to share success stories in economic rejuvenation and espousing their big and bold ideas for the future?

“Note that this letter is to inform you of the displeasure of Nigerians about this development and that I have commenced mobilization to rally Nigerians in diaspora who will join me at your headquarters to protest against Buhari’s scheduled address at the session.” 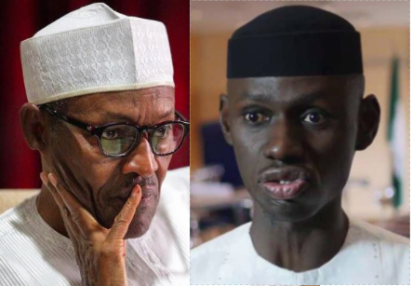