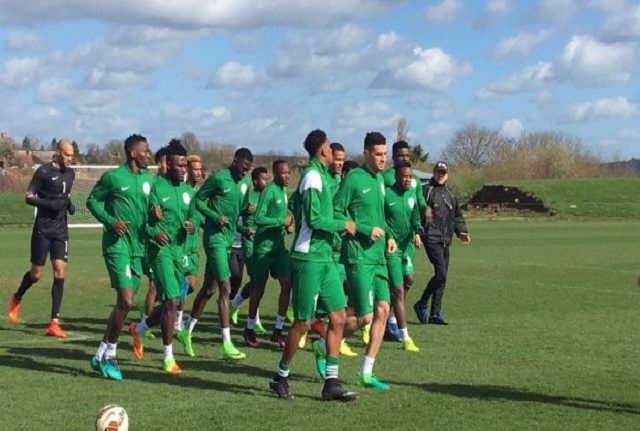 The NFF also revealed its plan for kit launch, camping programmes and venues, the team base camp, sponsors’ event and how the team will travel during the World Cup finals proper.

The program was unveiled by NFF President Amaju Pinnick at the Eko Hotel & Suites, Victoria Island.

According to the him, the Eagles will play Poland, Serbia, Democratic Republic of Congo, England, Czech Republic and a yet-to-be-named South American team on the way to the World Cup finals in Russia.

The NFF President also disclosed that on February 7, kit sponsors, NIKE will in London unveil the official kit the Eagles will use at the World Cup finals, while a Sponsors/Partners event will hold also in London hours after the friendly with England’s Three Lions at Wembley on 2nd June.

The three-time Africa Cup of Nations champions have been drawn in Group D at the finals in Russia, alongside Argentina, Croatia and Iceland.

Here are the friendlies that have been confirmed below:

NFF 1st Vice President, Barrister Seyi Akinwunmi, explained that Rohr, initially taken on board in July 2016, deserved the extension after qualifying the Super Eagles for the 2018 FIFA World Cup finals, even with a match to spare.

“He has done a very good job and when someone does a good job, he gets a reward. We are proud to have taken Mr. Rohr on board and we are delighted to be signing this contract extension with him.”