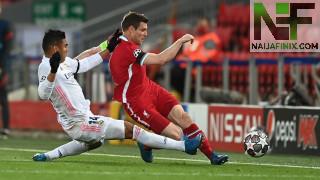 Why Manchester City have withdrawn from a the new football European Super League (ESL) and Chelsea are set to follow.

There’s been a massive backlash against the league, which has been backed by some of the world’s biggest clubs.

Which teams want the Super League?

Chelsea and Man City were among six English Premier League clubs who signed up to the ESL. The others are Arsenal, Liverpool, Manchester United and Tottenham.

The clubs want to remain in their national leagues, but also to play each other in a new midweek competition. This would rival the Champions League.

The plan is for the ESL to have 20 teams. Of these, 15 founding members (five more are now needed) would be permanent and never face relegation. Five other sides would qualify each year.

Why is the plan so unpopular?

The move has been condemned by fans, pundits and by most football bodies not involved.

With 15 teams in the ESL not facing qualification or relegation, a key criticism is that it would be unfair and uncompetitive.

For instance, Arsenal have not qualified for the Champions League since the 2016-17 season, but they would be guaranteed a place – regardless of how they perform in the domestic league.

However, a future winner of the Premier League would not necessarily qualify for the ESL if they were not a permanent member.

If this were the case, that team could miss out on millions of pounds in revenue.

Critics also say removing the element of competition for places devalues football itself. 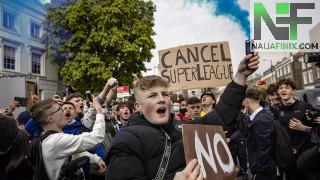 Why do the teams want a Super League?

One of the main movers behind the ESL, Real Madrid president Florentino Perez, claims it will “save football” at a time when young people are “no longer interested” because of “a lot of poor quality games”.

The founding clubs have been promised a share of a €3.5bn (£3bn) grant, provided by investment bank JP Morgan.

Most are in considerable debt, made worse by the Covid pandemic, with disrupted fixtures and a lack of spectators.

If they can guarantee taking part in a major European football competition every year, they could become more valuable and stable businesses.

How would the Super League work?

Under the proposals, the ESL would start in August each year, with plans to launch “as soon as practicable”.

The 20-team league would be split into two groups of 10, playing each other home and away.

The top three in each group would qualify for the quarter-finals, with the fourth and fifth-placed teams competing in a two-legged play-off for the two remaining spots.

It would then have the same two-leg knockout format used in the Champions League, with a final in May.

What have football’s ruling bodies said?

The president of Uefa (the Union of European Football Associations), says he wants the participating clubs banned from European competition. Players would be prevented from appearing at major tournaments.

Meanwhile the head of Fifa, football’s world governing body, said he “strongly disapproves” of the ESL’s plans. He said it was “a lot to throw away for maybe a short-term financial gain for some”.

Could the UK government stop English teams from taking part?

The government opposes the Super League.

Writing in The Sun, Prime Minister Boris Johnson said he was “horrified” at the plans, adding: “I’m going to do everything I can to give this ludicrous plan a straight red.”

The prime minister’s official spokesman said measures under consideration included preventing players of the clubs involved getting work visas. He said police funding for match days could also be withdrawn.

Bayern Munich, Borussia Dortmund and Paris St Germain – the biggest clubs in Germany and France – are not supporting the breakaway league.

Meanwhile, the ESL is trying to block any sanctions Uefa or Fifa may try to enforce over the formation of the league.