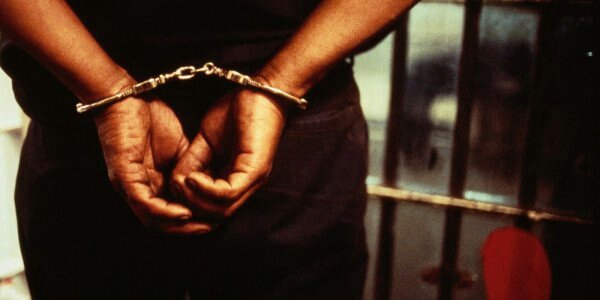 A 25-years-old Simon Olocher suspected to have killed a Professor with the Federal University of Kashere in Gombe State was arrested and paraded by the State Police Command on Friday.

State Police Commissioner, Shina Tairu Olukolu, while parading the suspect alongside other suspected child rapists and cattle rustlers said that three of the accomplices to the murder are still on the run.

He was arrested following a sustained search by a team of powerful Police detectives headed by an Assistant Commissioner of Police in Gombe.

The Police Boss said, “Since he (suspect) was privy to the plans of the deceased to travel home to Benue on Thursday 14th September 2018, he hatched, planned and executed the crime in collaboration with his fleeing accomplices.

“The suspect is currently cooperating with the Police in the investigations and he will soon be charged to court for diligent prosecution.

“Also a brown bag containing other miscellaneous personal belongings of the deceased, two blood-stained T-shirts, two bloodstained white and red towels, 10 sachets of empty 225 grams of Tramadol tablets and the National Identity card of the deceased.”