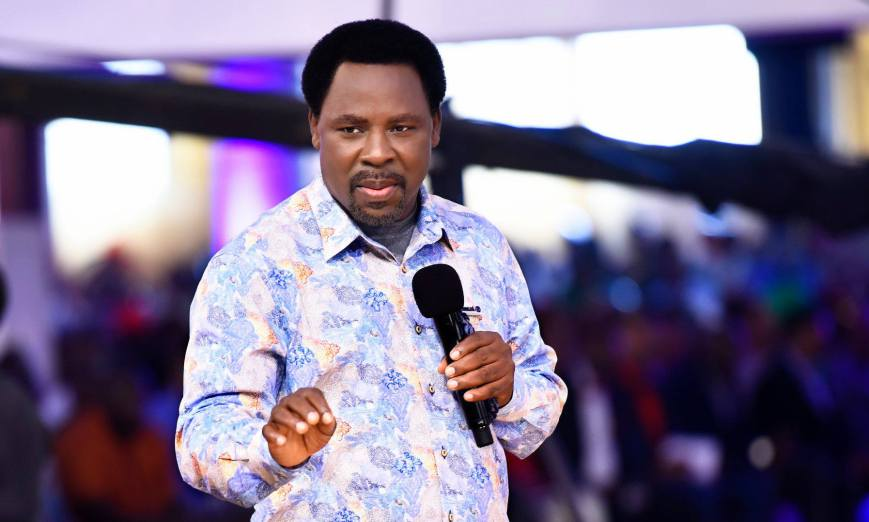 The Synagogue Church Of All Nations (SCOAN) yesterday released a video with a view to clearing the name of its founder, Prophet T.B. Joshua, over allegations of wrongdoing.

The six-minute long video came on the heels of a rape allegation against Pastor Biodun Fatoyinbo, founder of the Commonwealth Assembly of Zion (COZA), who on Monday was forced to take a leave of absence after protesters stormed the premises of the church.

One Bisola Johnson had accused Joshua and the SCOAN of among other alleged atrocities using “religious garb to cover their nefarious operation in other to lure the naive, vulnerable, gullible, and the innocent into occultism…”

In a part of the video, she is seen saying: “My name is Bisola. I have acted as an enemy of God rather than a friend. And today, I am coming back as a prodigal daughter, so that God will forgive me; so that the Man of God will forgive me and the church, Synagogue, will forgive me…I have been rebelious. When I left the SCOAN, nobody asked me to leave. I am asking God (kneels) to forgive me.”

Another part shows the woman saying: “I always have a terrible headache which is called migraine. And anytime it happens, I misbehave. I always behave irrationally. I don’t regard anybody. I just behave the way my spirit dictates to me. Anything my spirit says, I will just do it.”
In yet another part, the woman is seen prostrate on the floor, sobbing, and pleading for forgiveness, saying, “I have changed,” but to which Joshua replies, “People find it difficult to believe you.”