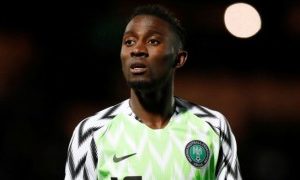 Head coach of Nigeria, Jose Peseiro has cleared the air on the Wilfred Ndidi injury saga that saw the Leicester City star leave training camp ahead of an international friendly with Algeria.

There have been rumours that Ndidi left before he would not be allowed to play in his preferred role in midfield.

However, Peseiro in a video posted on social media by the Nigeria Football Federation (NFF) insisted the 25-year-old is struggling with a hamstring problem.

“Because we have that connection with Leicester [City], their fitness coach said to our fitness coach that he [Ndidi] complained in the last match [against Tottenham Hotspur].

“When Ndidi came, he did training without intensity, a small training but with conditions, but he kept feeling something in his hamstring.

“After yesterday’s session, I thought it was better not to use him. I don’t want to go use a player in a friendly match only to see him sustain more injury,” Peseiro said.