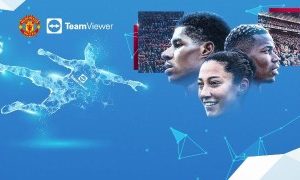 Following the announcement by TeamViewer’s CEO that the company will not renew its sponsorship deal with Manchester United when it expires in 2026;

“Sport sponsorship has long been seen as a significant value driver for brands looking to engage with a passionate and dedicated audience, but this announcement from TeamViewer suggests that premium sponsorship may be losing its allure. While Manchester United will believe that its brand still has significant value, this is the second major sponsorship signed in a row that has seen immediate repercussions.

“The person who signed the previous $70 million a year deal at Chevrolet lost their job as a result, and now the CEO at TeamViewer saying they will not renew despite an increase in brand awareness, which has come as a detriment to share price, will be seen as a significant blow to the prestige of Manchester United and sport sponsorships in general.

“Liverpool and Chelsea both renewed their front of shirt sponsorships for the equivalent value of their previous deals with Standard Chartered and 3, respectively, suggesting that we may have reached the peak of brand spend for premium sports sponsorship properties. Additionally, DigialBits defaulting on its payments to Inter Milan for their $100m deal, along with the wider sector crash, also suggest that the cryptocurrency sector is unlikely to be the economic sponsorship savior many had hoped for.

“Given the success and growth of women’s sport, especially soccer, many brands may view this as a more cost effective alternative while still delivering significant value.”