The race for 9mobile

In a matter of days, a new owner will be announced for the country’s fourth largest telecom network, 9mobile. The company, which was hitherto known as Etisalat, ran into troubled waters when it could not meet its obligations of $1.2billion to a consortium of 13 banks that were asking for the loan repayment with accrued interests. This forced its United Arab Emirate-based major shareholders to pull out of the company, giving up 45 per cent stake to a trustee after the intervention of the Central Bank of Nigeria (CBN). This left the local company with no option but to go for a name change. That was followed with the constitution of a new board. But the industry regulator, the Nigerian Communications Commission (NCC), determined to protect the interest of the company’s millions of customers, decided to get a new owner for it so that it can operate optimally. Thus began the process of getting a new investor for the company. 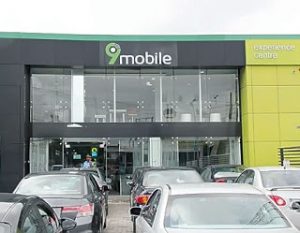 At the initial stage, the process, supervised by Barclays Bank, the financial adviser to the creditor banks, had as many as 16 companies expressing interest in the takeover. The companies include, Globacom Limited, Virgin Mobile, Helios Investment Partners LLP, MTN, Smile Telecoms Holdings, Blackstone Private Equity, Ntel, Vodacom, Teleology Holdings Limited, Obot Etiebet & Co, Bharti Airtel, BUA Group, Morning Side Capital Partners, and Hamilton and George International Limited but a number of them baulked when it was time to back the expression of interest with a bank guarantee of $100m.

The number was further pruned down to five by Barclays Bank. Those who made the last five are Globacom Limited, Smile Telecoms Holdings, Bharti Airtel, Helios Investment Partners LLP and Teleology Holdings Limited.

Speaking recently about the takeover of the company, the Executive Vice Chairman of NCC, Professor Umar Garba Danbatta, emphasized that the takeover would not be a hostile one, adding that whichever of the shortlisted bidders is eventually picked must be able to grow the business and deliver value to the subscribers.

His words, “In the final analysis, we will like to see a 9mobile taken over by a bidder who has the financial and technical capacity to improve on the operations of the telecom and add value in delivery of qualitative telecoms services in the country.”

Going by the submission of the NCC boss, the regulator is looking at picking a company that is financially strong, technically competent and sufficiently innovative to keep pace with other service providers. The question is which of the bidding companies fits the bill the most?

How the bidders stand

Here is how each of the bidding companies stands.

Teleology Holdings Limited was established for the purpose of taking over 9mobile. It is a special purpose vehicle (SPV) formed by a former CEO of MTN, Adrian Wood, some wealthy Nigerians and a few foreign stakeholders in collaboration with Ericsson. So, for this SPV, funding may not pose a serious challenge given the names being bandied as backers of the company. The challenge that may arise with this company is about technical competence because telecommunications service such as the one being rendered by 9mobile is beyond accessories vending or fund mobilization. When push comes to shove will the company be able to meet the expectations of NCC with respect to “adding value in delivery of qualitative telecoms services in the country”? Does the company possess the capacity to improve the company’s service delivery? Can it hold on to the current subscribers by unleashing innovative products and services? These are questions to which answers must be provided in determining the suitability or otherwise of Teleology as the preferred bidder for 9mobile.

Smile is a multinational telecommunications company operating in Nigeria, Tanzania, Uganda, Democratic Republic of Congo and South Africa with strength in the area of broadband services, though it also offers voice services. Smile provides 4G LTE mobile broadband services, with data speeds of up to 21Mbps. The company runs with the vision of facilitating the deployment of reliable broadband services to accelerate development and wealth creation. Its intention to acquire 9mobile is in furtherance of its transitioning “from a spectrum rich start-up to the most reliable data gigabyte factory in Sub-Sahara Africa.”

Although raising the funds to turn 9mobile around may not be a serious challenge given Smiles ties with the Saudi Arabia-based Al Nahla Group, the issue is with its spread and capacity. Currently, its spread in the country is limited. Therefore, taking up a network with over 17million subscribers may be biting more than it can chew because it may not be able to satisfy customers’ yearnings. This may worsen the situation of the telecoms company which has witnessed migration from its network since the issue it had with the consortium of banks reared its head.

Helios is a multidimensional investment company with tentacles in various African countries. It is a private equity and venture capital firm specializing in buyouts of going concerns. It has investments in oil and gas, telecommunications, financial services, horticulture and online retail. It currently operates a range of funds valued at more than $3 billion in capital commitments. Helios has interest in Africatel, a telecommunications company based in Lisbon, Portugal as well as Helios Towers, which provides support services for telecommunications companies. Helios had run cell towers operations in the country before selling same to HIS Nigeria.

Although, Helios has worked closely with operators in the telecommunications industry and may not find raising the required funds a problem, it is likely to have issues with technical competence. Managing ancillary telecoms operations is not the same as running a full-fledged telecommunications company. Since Helios does not have proven competence in the area of network management, getting the nod to run 9mobile may be a difficult one.

Bharti Airtel is a strong telecommunications company with its base in India. The company offers GSM, 3G and 4G LTE mobile services, fixed line broadband and voice services. With a total asset of $36 billion, total equity of $12 billion and operation base which spreads across 17 countries in South Asia and Africa, Airtel is in a good stead to take over 9mobile and turn it into a profitable and value-adding business.

The downside, however, is the statement by Bharti Airtel Chairman, Sunil Bharti Mittal, that the Group was considering shutting down about 15 of its African operations in order to cut debt and make its biggest overseas acquisition profitable. Although Airtel Africa CEO, Raghunath Mandava, later played this down and said that the company had no plan to scale down its African operations, what the statement by the Group CEO did was to sow a seed of instability among its African networks. If there is anything that 9mobile requires at the moment, it is stability.

The network being currently managed by Airtel has undergone a series of takeover which nearly grounded it. The telecommunications company started as Econet, then was transformed to Vodacom and later Vmobile. When ownership changed, it became Celtel and Zain before eventually being re-christened Airtel. This negatively impacted the fortune of the company and for a long time was an industry laggard. 9mobile should not be subjected to the same fate.

Given that background, approving Airtel’s bid to take over 9mobile may turn out as a recipe for further destabilization of the already challenged network.

Globacom is a Nigerian company with operations in a number of West African countries. The company has always made a statement right from its inception.  Its entry into the telecoms industry was the game changer Nigerians had long awaited as tariffs came tumbling following the introduction of per second billing system. Since then, there has not been any looking back. It has championed innovative interventions in the country, which despite being a late entrant into the industry, have propelled it to the industry front row.

Glo has an edge over other networks with its 4G network covering major cities in 700 Mhz band unlike any other operator in Nigeria. Its operation is boosted by its submarine cable from Europe which is laid across the length and breadth of Nigeria. This is buoyed by cutting-edge infrastructure, including towers, generators, MSC and datacenter buildings. The company is built on the bedrock of sound financial strength. It is the only private operator in Nigeria that fully owns submarine cable connecting Nigeria to Europe and the Americas and from there to the rest of the world.

Led by the indefatigable business icon, Dr Mike Adenuga Jnr, who is never tired of pushing for improvement, Globacom boasts of arguably the most inspired and most passionate workforce in the industry. This has been responsible for the endless innovative and life-enhancing products and services the company dazzles its customers with.

9mobile is not a startup; it is a well established company with over 11 million subscribers who are expectant of world class services. Therefore, the company that will take over its operations must be a proven authority in the industry. Everything considered Glo has an edge and should win the bid but it will have to increase its capacity so as to be able to cope with the upsurge in the number of subscribers and the attendant issues.